'You can't win this one': What President Trump told Jerry Jones in private about player protests 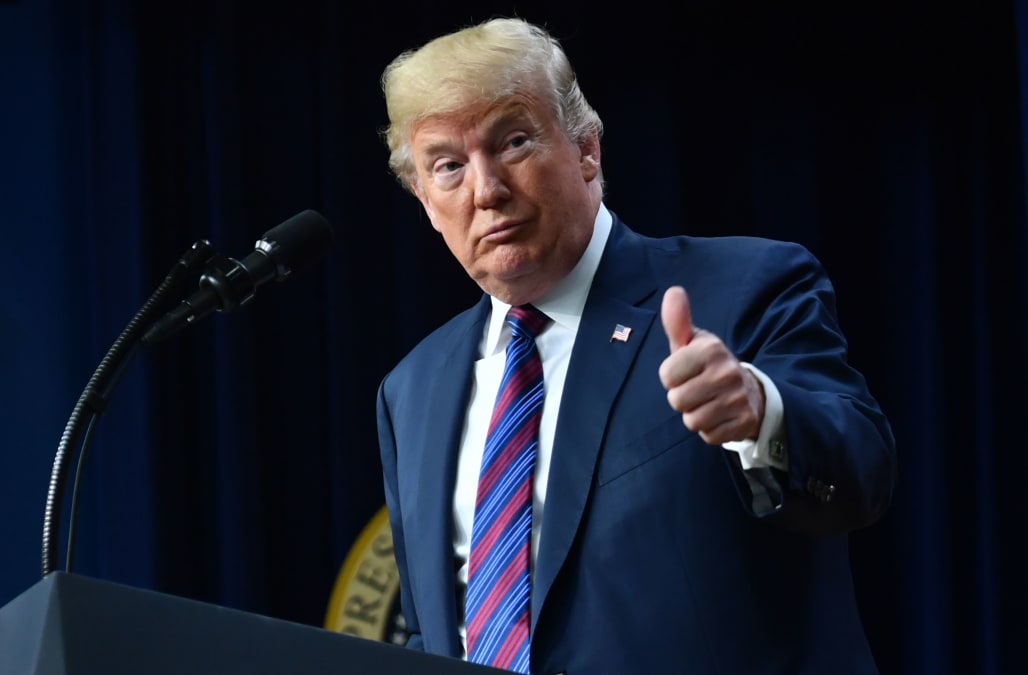 That was the message that President Donald Trump delivered to Dallas Cowboys owner Jerry Jones in a private telephone conversation between the two men in September of 2017 – an exchange that took place in the midst of a mushrooming player protest controversy for the league. Jones revealed Trump’s warning in an April deposition in the collusion complaint brought against the NFL by Colin Kaepernick, according to a report by the Wall Street Journal. The contents of that deposition, which have been confirmed to Yahoo Sports by a source familiar with the proceedings, included revelations about Jones’ conversation with Trump regarding political attacks against the league for failing to quell player protests during the national anthem.

According to the Wall Street Journal story and an additional confirming source, Trump instructed Jones to relay a simple message to other power brokers in the league:

“Tell everybody, you can’t win this one,” Jones recalled Trump saying, according to a deposition transcript. “This one lifts me.”

The inference, according to the source, was that Trump was relaying that his attacks against the NFL in relation to protesting players lifted him politically. The message being that he wasn’t going away and that Jones needed to relay that to other owners and NFL commissioner Roger Goodell. At one point, Jones said Trump called the protesting controversy a “very winning, strong issue for me.” The Wall Street Journal also reported that two other owners – the New England Patriots’ Robert Kraft and Miami Dolphins’ Stephen Ross – also said in separate depositions that they spoke to Trump about player protests, which were initially begun by Kaepernick to raise awareness of social, racial and criminal justice concerns.

The admissions by Jones, Kraft and Ross underscore why Trump has become the centerpiece in the Kaepernick collusion case – which is now seeking to draw a direct line between the influence of the president and the decisions of 32 NFL franchises passing on Kaepernick in free agency. For Kaepernick’s legal team to prove the allegation of league-wide collusion, it will have to present a driving element that would lead teams to shy away from their client. And thus far, Trump’s consistent attacks on the NFL for failing to halt player protests appears to be the most provable galvanizing force.

In some ways, the NFL has already admitted to changing league policy in part due to pressure from Trump. Ross said it publicly months ago – that his views on player protests during the national anthem were essentially reversed by Trump’s framing of the act as being unpatriotic or anti-military. But there have been a number of other revelations in which owners admitted to being flustered over the furor stoked by Trump’s public prodding.

That much was obvious when the league’s owners passed a rule prohibiting kneeling or “disrespecting” the flag earlier this month at the NFL’s spring meetings in Atlanta. Following the establishment of that rule, a number of owners admitted that Trump was a topic of discussion prior to passing the rule – a seeming admission that the measure was at least partially weighed with the president in mind. Which isn’t exactly a revelation, considering Trump had battered the league publicly over the issue since being sworn in as President in January of 2017. Attacks which still didn’t relent even after the league passed the rule prohibiting kneeling.

That kind of rhetoric could ultimately become the spine of Kaepernick’s collusion case, as his legal team seeks to prove that Trump’s words equated to a pressure that made signing the quarterback untenable for a franchise. Kaepernick’s collusion case is nearing the conclusion of its eighth month, having collected tens of thousands of documents in discovery as well as at least 11 depositions of NFL owners, coaches, general managers and commissioner Roger Goodell. How much longer it lasts could hinge on the coming weeks, when Kaepernick’s legal team is expected to ask for an additional round of depositions and perhaps discovery relating to the league’s official passing of an anthem rule.