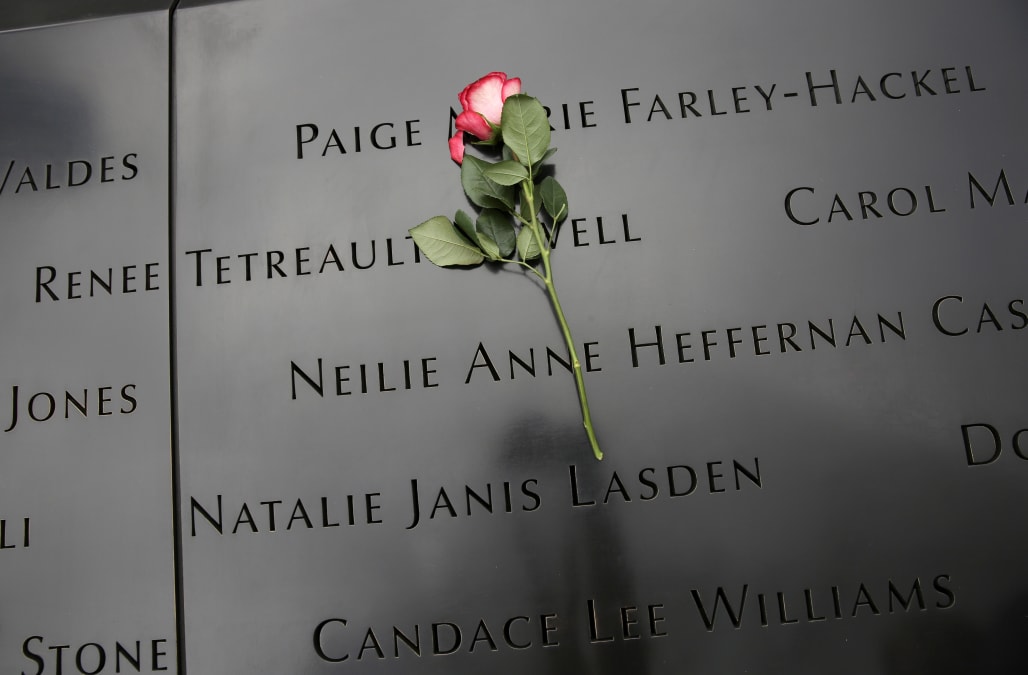 The 9/11 victims who died in the years after the World Trade Center terror attack are getting their own memorial on the hallowed Lower Manhattan ground.

The conceptual design was unveiled Wednesday for the “Memorial Glade” — honoring the first responders who labored for months on the toxic site and remembering the neighborhood residents or workers poisoned by the dirty air.

“As a recovery worker and the wife of a first responder, it gives me a sense of peace to know there will be a place dedicated to honoring our story,” said Sonia Agron, who joined in the recovery effort.

Her husband Jose, a retired NYPD officer, developed bladder cancer and pulmonary fibrosis after responding to the site on 9/11.

Lifelong New Yorker Sonia, who has lost a kidney to 9/11-related cancer, worked as a volunteer on the smoldering property after the Twin Towers collapsed.

RELATED: 16 most iconic images from September 11, 2001 and aftermath

17 PHOTOS
16 most iconic images from September 11, 2001 and aftermath
See Gallery

16 most iconic images from September 11, 2001 and aftermath
Content in this photo gallery may be difficult for some to see -- viewer discretion is advised.

The remaining tower of New York's World Trade Center, Tower 2, dissolves in a cloud of dust and debris about a half hour after the first twin tower collapsed September 11, 2001. Each of the towers were hit by hijacked airliners in one of numerous acts of terrorism directed at the United States September 11, 2001. The pictures were made from across the Hudson River in Jersey City, New Jersey. REUTERS/Ray Stubblebine RFS
A group of firefighters walk amid rubble near the base of the destroyed South World Trade Center in New York on September 11, 2001. In the worst terror attack on the U.S. mainland in modern history, two hijacked planes slammed into the twin towers of the World Trade Center in New York - where about 40,000 people work - and a third plane hit the Pentagon, across the Potomac river from Washington. REUTERS/Peter Morgan JC/jp

Comedian Jon Stewart, an advocate for health care coverage for post-9/11 victims, will lead a major fund-raising effort — including a stint as chair of the 9/11 Memorial & Museum 5A Run/Walk and Community Day.

All proceeds from the 2019 event will go to the construction costs, with additional funding coming from New York State, the Building Trade Unions and Bombard Philanthropies.

“These men and women sacrificed themselves for the rest of us, and have spent years suffering and dying because of it,” said the former host of “The Daily Show.”

“We have long owed it to them to honor their contributions,” continued Stewart. “It is also important for us to recognize the folks who died or are suffering (and) who were exposed to World Trade Center toxins while working in Lower Manhattan or called the community home.”

The new portion of the memorial on the WTC property was designed by Michael Arad and Peter Walker, the original visionaries of the 9/11 memorial.

The design of the Memorial Glade will feature a new pathway that mirror the long gone ramp used by rescue and recovery workers for the nine months after 9/11.

And the path will end near the Survivor Tree, an enduring symbol of the city’s resilience.

The timing of the May 30 announcement marks the 16th anniversary of the formal finish to rescue and recovery efforts on the 16-acre property.

9/11 Memorial and Museum President Alice Greenwald said the project illustrated the facility’s commitment to the community created by the horrible events of Sept. 11, 2001.

“By integrating this meaningful public space at the Memorial, we see to recognize all those for whom 9/11 has remained an all-too-pleasant reality,” she said.