Chelsea Clinton unleashed: Trump ‘degrades what it means to be American’ 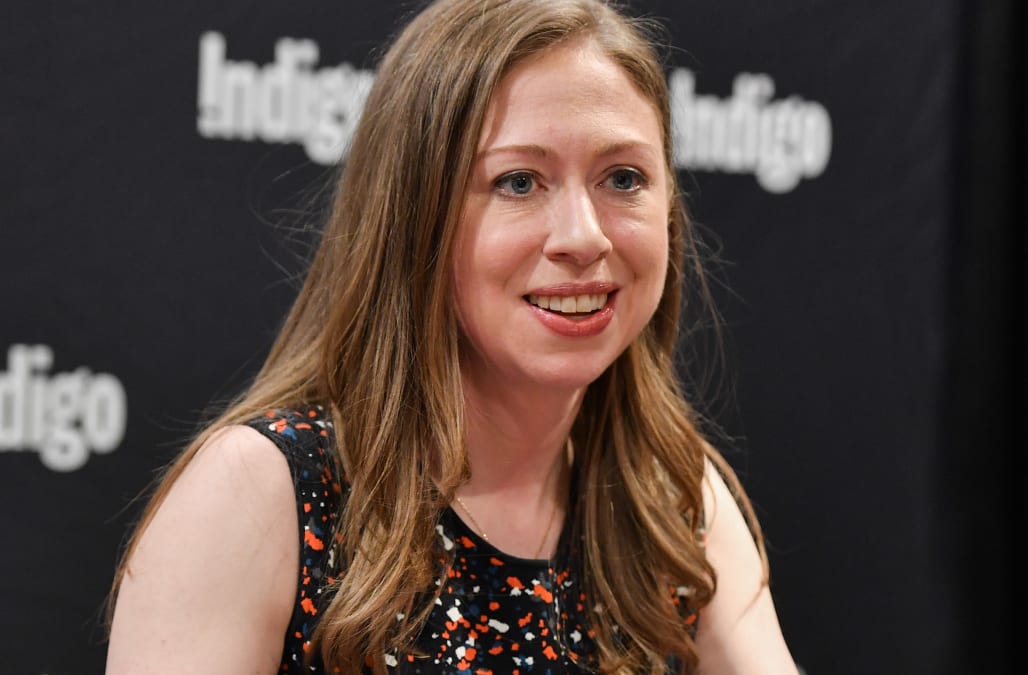 Chelsea Clinton waded into political waters, bashing President Trump and “what he’s doing to degrade what it means to be an American.”

In a wide-ranging interview with the U.K. paper the Guardian to promote her new children’s book, the former first daughter decried the Trump administration and its supporters who she said “have not only mainstreamed hate, but mainlined it, is so deeply dangerous.”

She cited the rise in hate crimes reported to the FBI and the Southern Poverty Law Center as evidence of the toxic effects of Trump’s political language. “Not just the hundreds, but now thousands of instances in schools across America, where children are citing the president as they’re demeaning a little girl, or they’re chanting ‘Build a wall’ in an attempt to demean and degrade brown children,” she said.

Clinton also slammed the administration’s hiring practices, noting that she had no intention of seeking a White House job if her mother, Hillary Clinton, has won the 2016 election.

“I think the president should be able to hire whoever he or she thinks are best qualified. I do not believe that many of the people that he has hired have been qualified to do the jobs,” she said.

“Not only do I want an administration that isn’t venal, corrupt and focused on making life harder for millions of Americans, I also want a competent administration,” she continued. “So for me, the larger question is the collision of cruelty and incompetence and corruption that we see across the administration.”

Clinton, who is currently serving as vice chair of the Clinton Foundation and raising two young children, said she has not spoken to Ivanka Trump, a friend and White House adviser in “a long time.” She then cast some shade on the first daughter.

“She’s an adult. She can make the choices for herself. I mean, she’s 36. We are responsible for our choices,” Clinton said. “In 2008 I was really proud to support my mum — but I disagreed with her fundamentally on a few things, particularly her then opposition to equal marriage rights for LGBTQ Americans. I never defended that position, because it wasn’t what I believed was the right thing to do.”

RELATED: Chelsea over the years

Read original story Chelsea Clinton Unleashed: Trump ‘Degrades What It Means to Be American’ At TheWrap