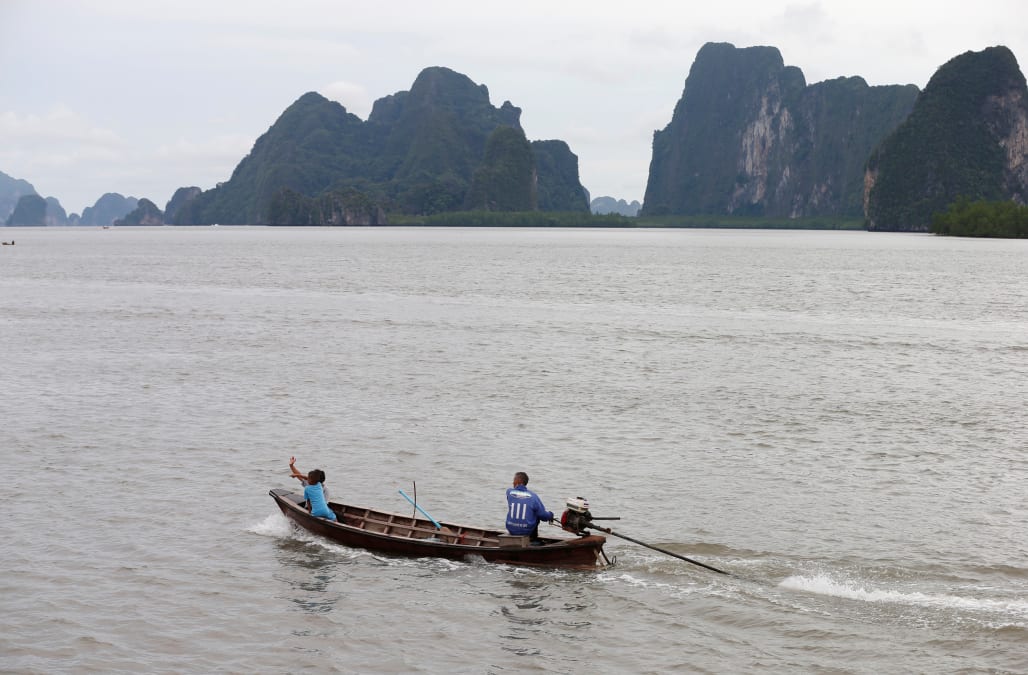 A decades-old separatist insurgency in predominantly Buddhist Thailand's largely ethnic Malay, Muslim provinces of Yala, Pattani and Narathiwat has claimed the lives of nearly 7,000 people since 2004, according to the Deep South Watch group, which monitors the violence.

Successive governments have held talks with rebel groups aimed at bringing peace but the discussions have largely stalled, including under the current, military government.

In Sunday's attacks, explosives were placed near ATM machines and bank branches in at least 14 locations across four southern provinces, including Yala, Pattani and Narathiwat, as well as Songkhla province, the military said.

Before you can drink a cobra's blood, you have to catch it.

It's not always that easy.

As in years past, Marines were invited to try drinking snake blood, which could keep them alive if they were ever stranded in the jungle.

"Definitely my first time drinking snake blood. ... It's not something we do too often in America," US Sergeant Christopher Fiffie told AFP after the training.

"I think I'll be able to hold my own out there," Fiffie said. "The biggest take was how exactly they get their water as well as the vegetation that you can eat."

After drinking the blood, Marines also grill and eat the cobra.

It's not just about snakes. The Thai military shows the US troops everything that's safe to eat in the jungle — such as geckos.

This Marine doesn't seem too happy about eating a gecko.

In past years, Marines have eaten scorpions.

If there are no snakes around, Marines are also taught how to get water from a vine.

As well as which local fruits and vegetables are safe to eat.

They don't make it look that appetizing, though.

"There is violence every year during the period of Ramadan," Colonel Pramote Prom-in, a regional security spokesman, told Reuters.

Muslims around the world marked the start of the fasting month of Ramadan last week.

As with most attacks in Thailand's deep south, there was no claim of responsibility.

Yala, Pattani and Narathiwat were part of an independent Malay Muslim sultanate before Thailand annexed them in 1909.

Some rebel groups in the south have said they are fighting to establish an independent state.

Thai Prime Minister Prayuth Chan-ocha told local media in April that his government has made "major headway" in talks with insurgents, which have been mediated by neighboring Malaysia since 2015.

But a spokesman for Mara Patani, one of the insurgent groups talking to the government, told Reuters that progress has been slow and blamed the Thai government for dragging out the talks.