Kansas cheerleaders say they were subjected to naked hazing 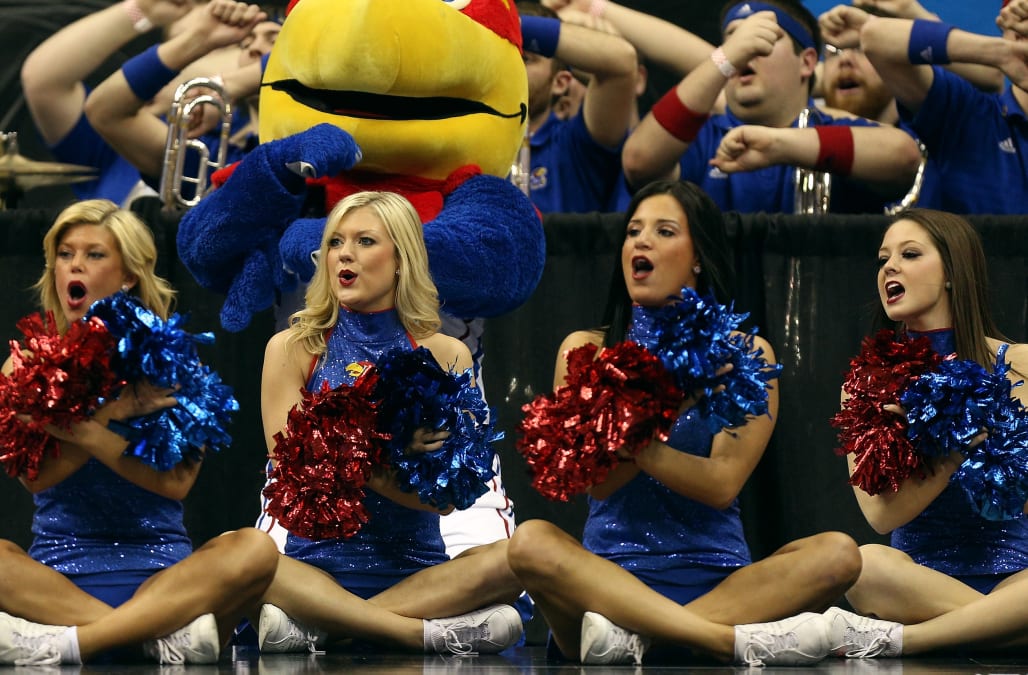 The incident, according to Kansas State’s student newspaper, occurred on July 25, 2017, during a camp for children in kindergarten through third grade. The university placed the cheerleading team on a one-year probation in September after learning of the incident, determining that the team violated sections of Kansas’ Student Code.

The two cheerleaders, who wished to remain anonymous for “fear of repercussions” detailed the “initiation” to the Collegian, which started with the new members showing up to Memorial Stadium with running shoes.

They said they were made to run up and down a hill multiple times. Then, they were told to lay on the ground, were blindfolded and led into different cars, which “drove erratically to a vacant house.”

[At the house], one of the cheerleaders said she was put inside of a washing machine.

“They put me in a cardboard box and were banging on the sides,” the other said.

Later, both sources said they were taken to a room where they were asked a series of questions, and if they answered a question incorrectly, they were told to remove an article of clothing.

“They questioned me, took off my clothes and put my blindfold back on,” one source said.

Then, all six of the team’s new members were led, naked, into another room, one of the sources said.

“I remember getting put into a big laundry basket,” one said. “I was shaken around and stuff.”

Later, the source said she was moved to another room in the house.

“I had taken my blindfold off along with another girl sitting next to me,” she said, “and two alumni guys walked in and saw us naked.”

The girls were eventually separated into two groups.

“After that, they took two girls downstairs, they had been initiated,” a source said. “And then they took me and two other girls, put us in a room together and told us we are ugly, we don’t deserve to be on the team and our skills weren’t good enough. They sat us down with all the alumni and all returning cheerleaders.”

Per the report, this isn’t the first time the cheerleading team has participated in hazing, and both sources said they were told of alleged initiation ceremonies to previous first-year members of the team.

One source said that anyone who complained or had an issue with the hazing either didn’t try out for the team or didn’t make the cut the next year.

The sources also said that every time they attempted to bring the issue up with head coach Lyndsay Marriott, spirit squad coordinator Cathy Jarzemkoski or the athletic department that the cheerleaders were essentially shut down, and that they “victim blamed the whole time.”

“In meetings we had with Lyndsay, she always skipped over anything about the hazing and turned it around to say that we do things that are bad too and that the older girls were not getting punished for it so we just needed to move on,” a source told the Collegian. “They never call it the hazing either, they always say ‘the event’ or ‘what happened in the summer’ because they know it was wrong but didn’t want the older girls to be in trouble.”

12 PHOTOS
Cheerleaders at the University of Kansas
See Gallery

One of the cheerleaders who spoke to the Collegian said she is leaving the university solely because of the incident.

“The reason why I’m leaving KU is solely because the university and the athletic department decided to treat me and my other teammates like we didn’t matter and were instead just pretty faces for the media,” she told the Collegian.