Woman says she took home 'kittens,' only to find out they were bobcats 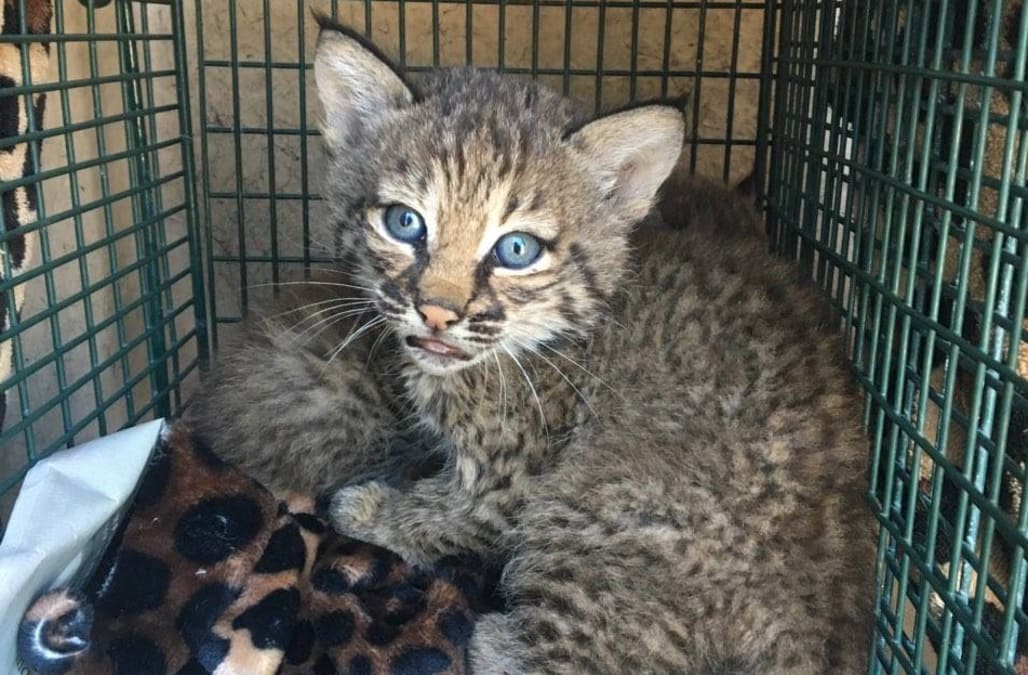 A Texas woman says that she took two kittens into her home, only to discover that they were not housecats but wild bobcats.

Jane Dinscore, her sister and her niece were bitten on the hands while trying to feed the felines.

“I think they started doing a little bit more research and educating themselves and thinking: ‘You know what, these don’t look like your standard house cat.” San Antonio Animal Care Services spokeswoman Lisa Norwood told local TV station KENS 5 on Monday. “Maybe we should call somebody.’ Thankfully, they did.”

But Dinscore has changed her story since the news broke on Monday. Originally, she told authorities she found the kittens in an alleyway in San Antonio. Now she says she received the kittens from her brother, James Dinscore, in rural Atascosa County. However, she maintains that she believed the kittens were domestic cats.

“My brother called and he said he had some Bengal kittens at his house in McCoy,” Jane Dinscore told San Antonio TV station KSAT on Wednesday.

She said she took the kittens home and called ACS after they behaved aggressively, biting and scratching her and her relatives. She said she lied at first about their origin because she didn’t want to possibly get her brother in trouble. It’s unclear how he got the animals.

ACS and Texas State Parks and Wildlife are working together to determine if the situation merits any criminal charges for disturbing wildlife, according to USA Today.

The animals are now in quarantine under the care of Wildlife Rescue & Rehabilitation in San Antonio. The group wrote in a Wednesday Facebook post that by lying about where the kittens came from, Dinscore made it far less likely that they will be reunited with their mother. The group hopes to eventually release the bobcats in a safe area.

“Because the fragile window of opportunity to reunite them with their mother has most likely passed, our goal now is to keep them wild and after a year or so, release them to a protected habitat where humans will never lay eyes on them,” the Facebook post said. “These bobcats will be in our care for over a year as their needs are highly specialized and their developmental time is lengthened when they are in captivity.”

In general, wild animals should be left in the wild. If you suspect a problem with a wild animal or believe you have found one that’s sick, injured or orphaned, call a local wildlife rehabilitation center or animal control organization. And if you believe an animal you’ve found is a stray pet, you may want to take it to a veterinarian, an animal shelter or a rescue group, depending on the situation. You can learn more about how to help a stray or lost pet at Best Friends Animal Society and the Humane Society of the United States.