At least 21 dead after flower-farm dam bursts in Kenya 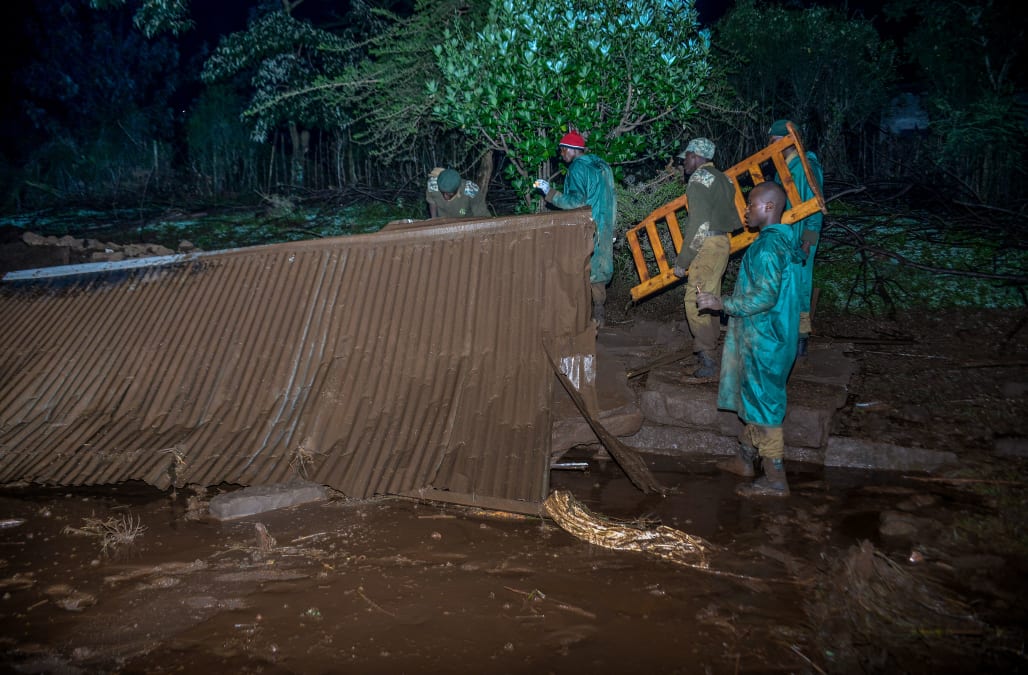 SOLAI, Kenya, May 10 (Reuters) - A dam burst in Kenya after weeks of torrential rain, unleashing a torrent of water that smashed into two villages, killing at least 21 people and causing "huge destruction," rescue services and government officials said.

The walls of the Patel dam, situated on a flower farm on top of a hill in Nakuru county, 190 km (120 miles) northwest of Nairobi, gave way late on Wednesday as nearby residents were sitting down to evening meals.

The floodwaters swept away powerlines, homes and buildings, including a primary school, a Reuters photographer on the scene said, as rescue workers picked through rubble and mud searching for survivors.

Veronica Wanjiku Ngigi, 67, said she was at home brewing tea with her son at around 8 pm (1700 GMT) when his wife rushed in to say the dam had burst and they needed to get to higher ground immediately.

"It was a sea of water. My neighbor was killed when the water smashed through the wall of his house. He was blind so he could not run. They found his body in the morning," she told Reuters. "My other neighbors also died. All our houses have been ruined."

The area around Nakuru is on the edge of Kenya's main flower-farming region - a major source of foreign exchange and employment for East Africa's biggest economy - and is dotted with irrigation reservoirs. Nearly all Kenya's cut flowers are exported to Europe.

Other nearby dams looked like they were ready to burst, Wanjiku said.

"There is another dam which is also overflowing which is looking risky," she said. "We are scared."

After a severe drought last year, East Africa has been hit by two months of heavy rain that has displaced hundreds of thousands of people in Kenya, Somalia, Ethiopia and Uganda.

Even before this week's dam-burst, rains had killed 132 people and displaced 222,000 in Kenya alone, according to the government.

"The water has caused huge destruction of both life and property. The extent of the damage has yet to be ascertained," Nakuru governor Lee Kinyajui said in a statement.