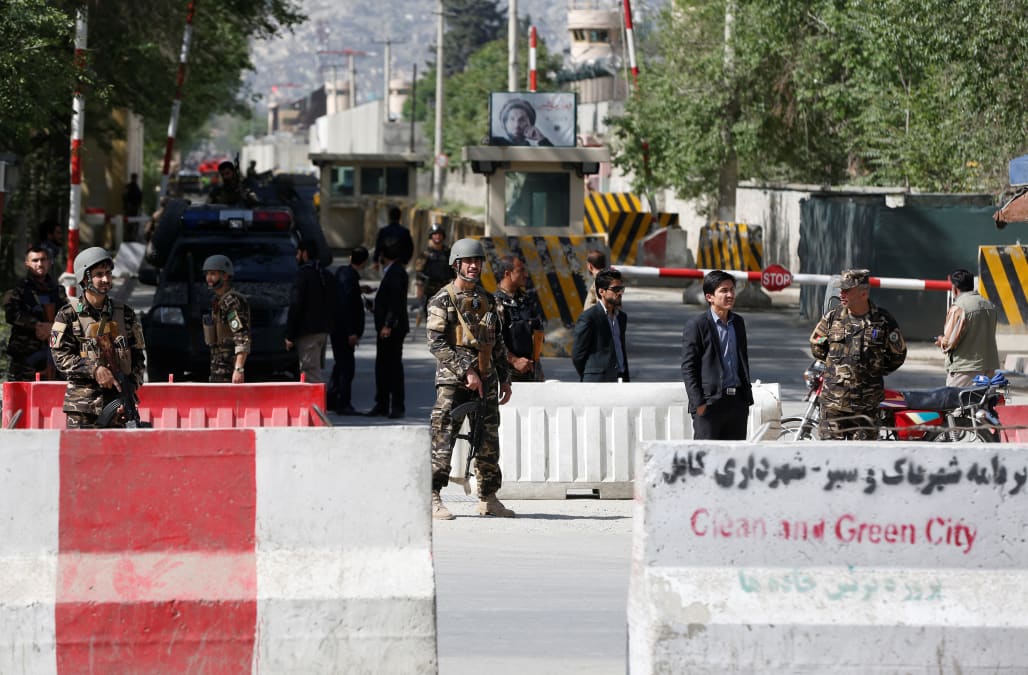 KABUL, May 6 (Reuters) - An explosion at a mosque used as a voter center in the eastern Afghan province of Khost on Sunday killed at least 17 people and wounded 34, local officials said, in the latest attack on preparations for long-delayed parliamentary elections.

Basir Bina, spokesman for the provincial police, said people were gathered after afternoon prayers in the mosque, which was also being used as a voter registration center for parliamentary elections due in October.

He said the blast appeared to have been caused by explosives left in the mosque rather than by a suicide bomber.

Habib Shah Ansari, head of the health department in Khost, a mountainous region on the border with Pakistan, said 17 were confirmed dead from the blast with 34 injured.

There was no immediate claim of responsibility for the explosion, which adds to a series of attacks on voter centers since the registration process began in April. The Taliban, which has warned people against taking part in the election process, issued a statement denying any involvement.

Medical aid group Medecins Sans Frontieres said it had donated emergency supplies to the Khost provincial hospital where many of the wounded were taken.

Last month, around 60 people were killed in a suicide attack on a voter center in the capital Kabul, which was claimed by Islamic State and there have been a string of smaller incidents that have deterred many from going to the voter centers.

Sunday's blast came as fighting has spread across Afghanistan, with government officials saying that a district in the northern province of Badakhshan which was seized by Taliban fighters last week had been retaken.

However Taliban spokesman Zabihullah Mujahid denied the reports that Kohistan district had been retaken, saying in a statement that security forces had been driven back.

In a separate incident in the northern province of Faryab, seven people were killed when the car they were traveling in hit a roadside bomb early on Sunday morning, Mohammad Karim Yuresh, spokesman for Faryab police, said.