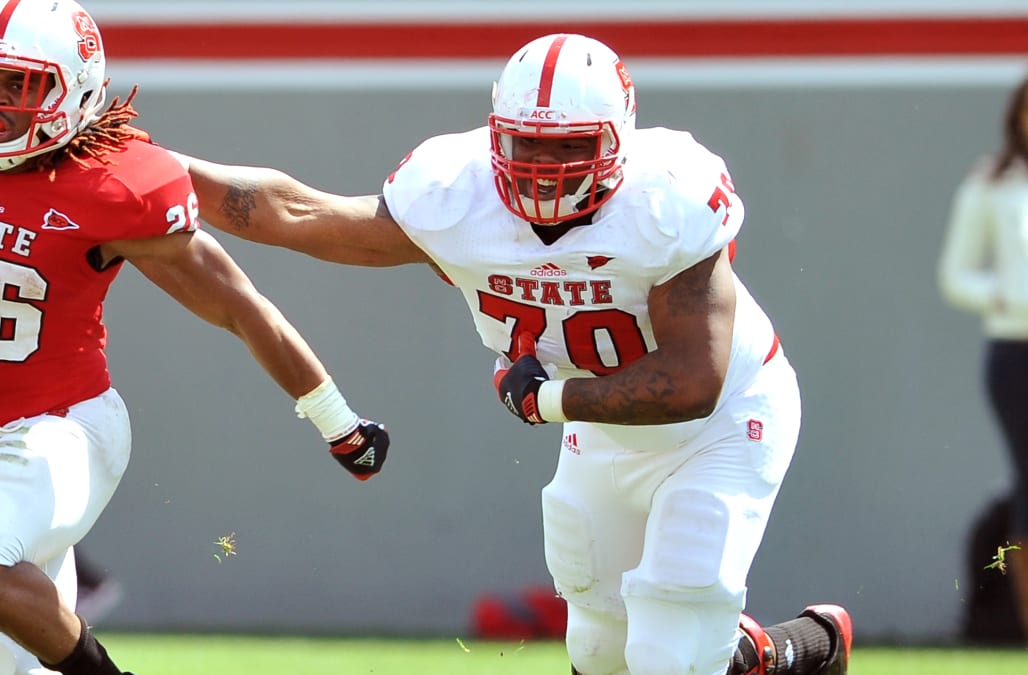 According to Al.com, Gray was found shot to death around 10 p.m. in his home in Pinson, Alabama, a town just outside of Birmingham. The 25-year-old was discovered by a friend “wounded and unresponsive.”

Police said multiple weapons were discovered “in plain view” upon checking the home.

When deputies arrived on scene, they checked the home for additional victims or suspects. While clearing the house deputies reported seeing marijuana, digital scales, a Glock handgun with an extended magazine and an AK-47 rifle with a large capacity magazine all in plain view.

The investigation into Gray’s death is ongoing, police said.

Gray spent three years at NC State. After a redshirt year, he played in 11 games as a reserve defensive tackle in 2012 and compiled 10 tackles and a fumble recovery. Gray emerged as a starter in 2013 and totaled 23 tackles, 3.5 tackles for loss and 2.5 sacks.

Look back at Gray's career:

Gray declared for the NFL draft following the 2013 campaign, but was not selected. He signed with the Green Bay Packers as an undrafted free agent, but was one of the team’s final cuts at the end of training camp. From there, Gray, a father of two, returned to Alabama and earned a living “renovating houses, selling cars and working as a party promoter,” according to Al.com.

Sam Cooper is a writer for Yahoo Sports. Have a tip? Email him or follow him on Twitter!