Students walk out of classrooms to show support for Second Amendment 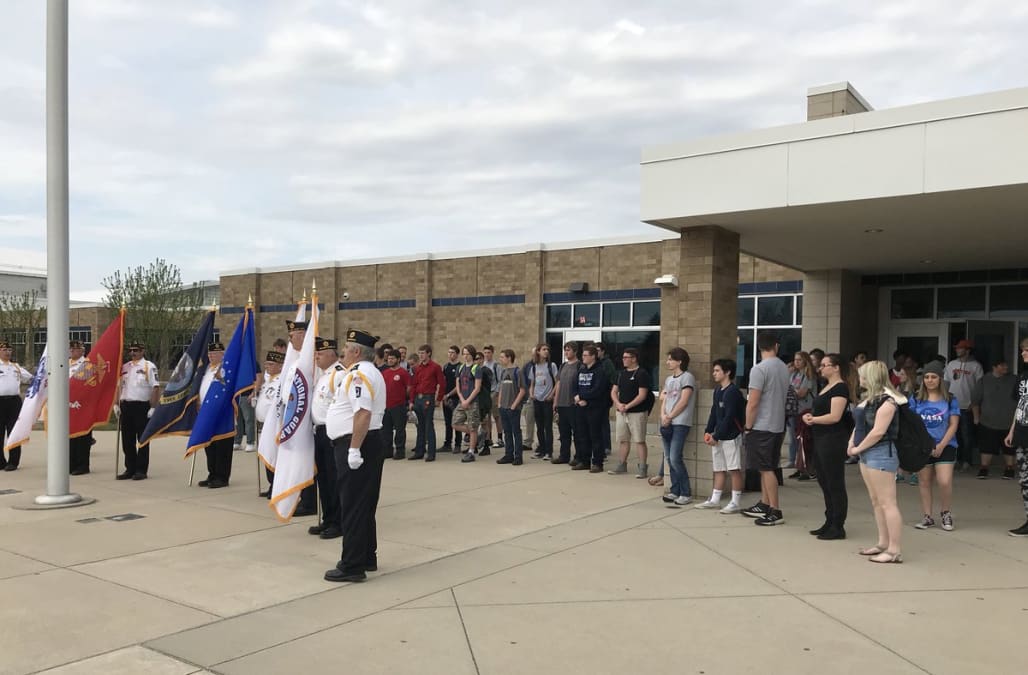 Students at schools across the country planned to walk out of their classrooms Wednesday morning and remain outside for 16 minutes to show their support for the Second Amendment.

More than 300 schools in 40 different states registered for “Stand for the Second” — a nationwide walkout organized by New Mexico 18-year-old Will Riley.

The event comes just more than a month after students staged a mass walkout to protest gun violence in wake of the Valentine’s Day school shooting in Parkland, Fla.

Students across the country hold walkout in support of Second Amendment

Protesters nationwide left their classrooms and remained outside for 17 minutes to honor the 17 people gunned down in the halls of Marjory Stoneman Douglas High School exactly one month after the deadly attack.

Thousands of students participated in the March 14 walkout for gun safety, but Riley said it does not reflect the views of everyone his age.

“These Parkland high school students do not speak for my generation,” Riley wrote in a column published in the Carlsbad Current Argus.

“I am not a hunter. I am not a shooter. But this issue is not only about guns. This is a battle for the very heart and soul of our country. My goal is simple. I want to spread awareness that not all of my generation shares in this shortsighted crusade to strike a grievous blow for our nation. ”

The Carlsbad High School senior explained that he organized his “Stand for the Second” event to directly counter previous gun violence demonstrations.

“Disruption of education has never, and will never be our goal,” according to the event’s website.

“We do however recognize that when anti-gun students organized their walkout, they were allowed and often encouraged by their schools. In light of this fact, we ask we receive the same platform to express our views.”

The meaning behind the 16 minutes he’s allotted for the walkout is also a direct nod to the anti-gun violence walkout in March: “In the spirit of civility with school districts around the country, we are asking for one minute less than the other side received,” according to the website.

The time was also set to recognize the number of Americans saved annually by firearms.

“Every year an estimated 1.5 million Americans use a firearm to defend themselves,” Riley said. “During a 16 minute walkout, that breaks down to 91 American lives saved during the walkout. We want Americans to know that firearms are overwhelmingly used for good in our country.”