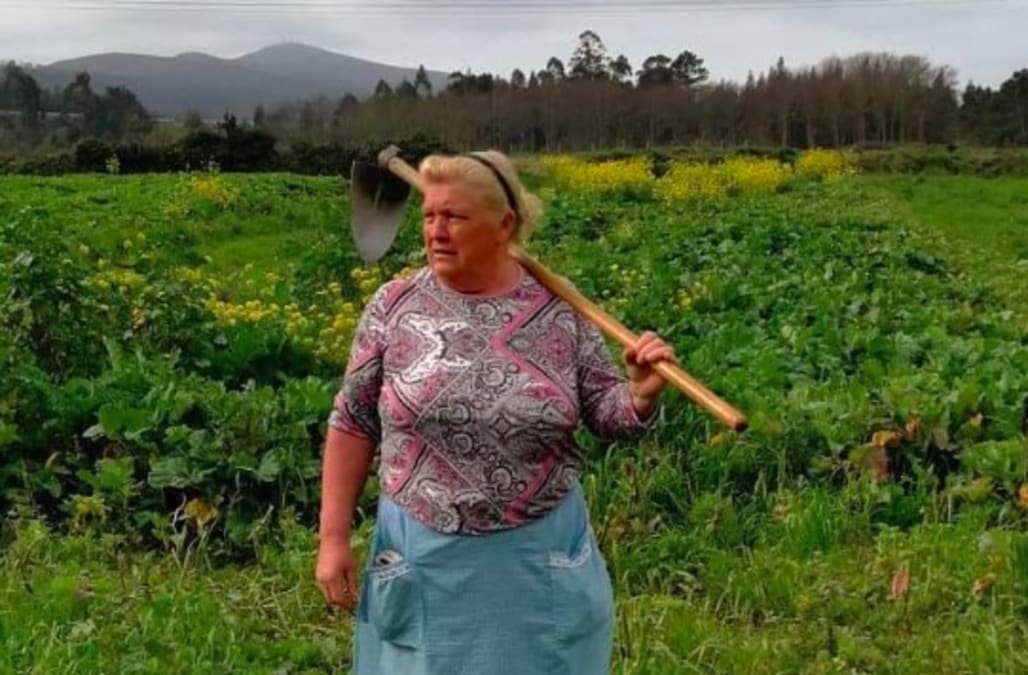 It appears President Trump may have found his Donaldganger in the least likely of places.

Paula Vázquez, a journalist at Spanish news outlet La Voz de Galicia, posted a photo she took of Dolores Leis Antelo, who lives and works on a small farm in Nanton, La Coruna, on Instagram.

Immediately, people on social media began chiming in to compare Antelo's looks to those of the 45th President of the United States — and we have to say, the coif resemblance is pretty uncanny.

In an interview with La Voz de Galicia, Antelo said she was surprised to see her photo being shared by so many people.

"My photo seems to have traveled far. I say it is because of the color of my hair," she told the outlet.

Antelo also said that when the photo was taken, she had been struggling to plant potatoes in the arid Spanish climate. The dust she kicked up during the difficult task lent her skin an orange tone similar to that of the president's signature tan.

The new internet celebrity said that, while she does not own a mobile phone herself, her children have kept her updated on her 15 minutes of fame.

"I have never been curious to have one but I do look at what my daughters show me," she said. "They say this picture will make me famous but I don’t get why."