Attorney: Woman at center of Waffle House arrest was 'brutalized' 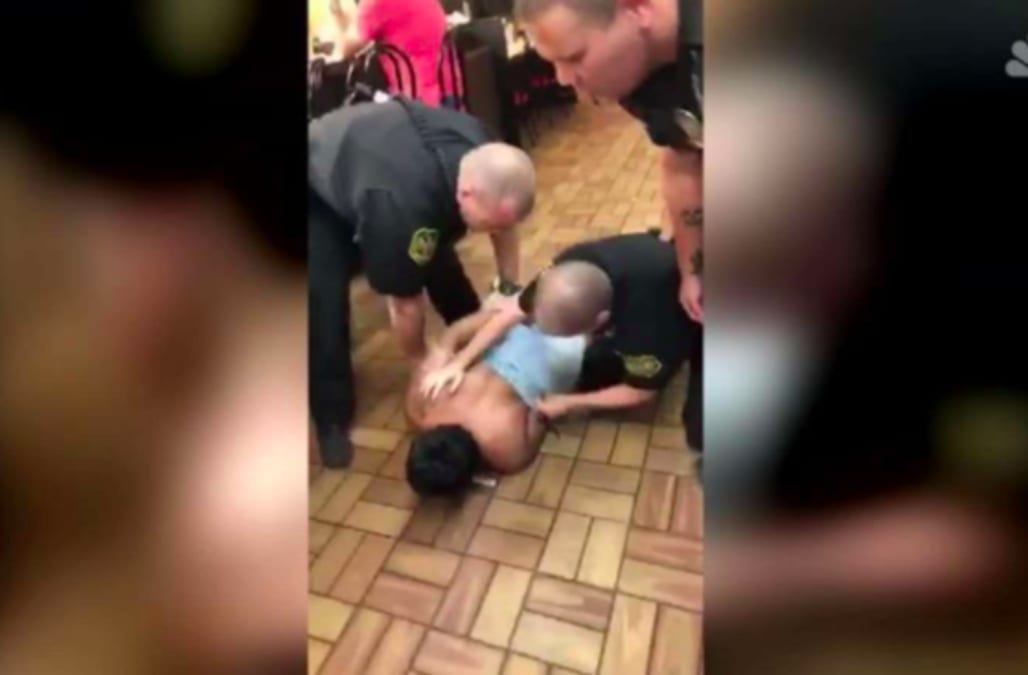 Civil Rights attorney Benjamin Crump said that Chikesia Clemons, the 25-year-old woman who endured a violent arrest at an Alabama Waffle House restaurant last weekend, says she was “assaulted,” “choked,” and “brutalized,” by police, during a press conference in Mobile, Ala. on Wednesday.

READ MORE: Where is the outrage for Black women like Chikesia Clemons?

Clemons allegedly asked for plastic utensils, which are normally free, with her order and was told that she had to pay for them. When she questioned this and demanded to speak to a manager, police were called instead.

Cell phone video showed officers tacking Clemons, exposing her breasts and threatening to break her arm. In the photocopied statements, a witness claimed that a Waffle House employee told Clemons that she should “know your place,” which Crump believed had racial overtones.

Witness also say that Clemons did not appear to be drunk and was speaking clearly and concisely before and after officers arrived. They also said that the cops went after Clemons immediately, before slamming her to the floor, threatening to break her arm and then arresting her.

Waffle House has sided with the police in this instance, which has increased calls to boycott the popular restaurants. Crump stopped short of calling for a boycott but said that the NAACP would be looking to see if other evidence existed which showed discrimination against African Americans.

He also noted an instance where Black men at an Oklahoma Waffle House were asked to pay for food ahead of it being prepared. The Alabama incident came as a shooting occurred at Nashville Waffle House that saw four people killed. Ironically, it was a Black man that stopped further lives from being lost.

The post Attorney: Woman at center of Waffle House arrest was ‘brutalized’ appeared first on theGrio.

More from The Grio:
Black veteran sues Cracker Barrel for racial discrimination after getting kicked out by manager
#GolfingWhileBlack: White men call police on Black women for golfing ‘too slowly’
Omega Psi Phi fraternity brothers protest at Starbucks: 'My skin is not a crime'