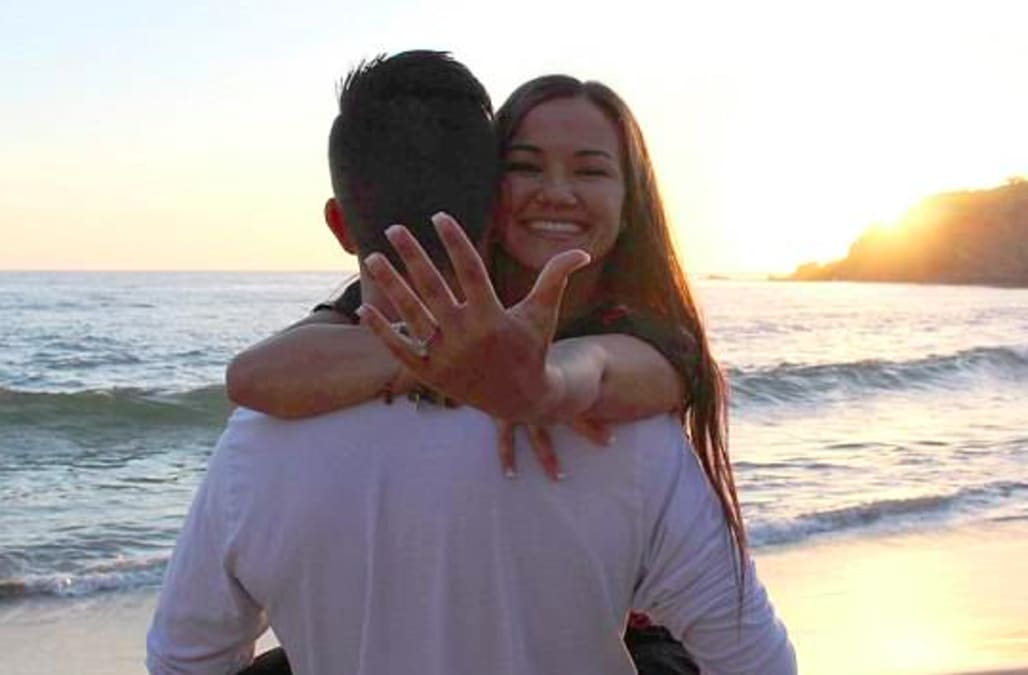 A couple who endured the unimaginable together is now set to say 'I do' by the end of the summer.

Mykenzie Lane, 22, and her boyfriend, 21-year-old Brandon Helmick, were among the revelers at the Route 91 Harvest Music Festival in Las Vegas when gunshots rang out.

As gunman Stephen Paddock rained bullets down upon the large crowd of concertgoers, Lane was struck in the leg.

Fifty-eight people were killed during the Oct. 1 attack, while hundreds more were injured — and Lane maintains that the only reason she survived is because Helmick carried her out of the venue after she was gunned down, using his own body as a shield.

Brandon was shielding Mykenzie from the gunfire when she was shot. He carried her over his shoulder to safety and got her to a hospital. They're now engaged!! Congrats, you two! pic.twitter.com/hPK4vmFhTz

On Friday, six months following the attack, Helmick proposed to Lane after three years of dating, according to KNBC.

The Orange County, California, couple is planning to tie the knot in four months on Aug. 3.

RELATED: These are the victims of the Las Vegas massacre: