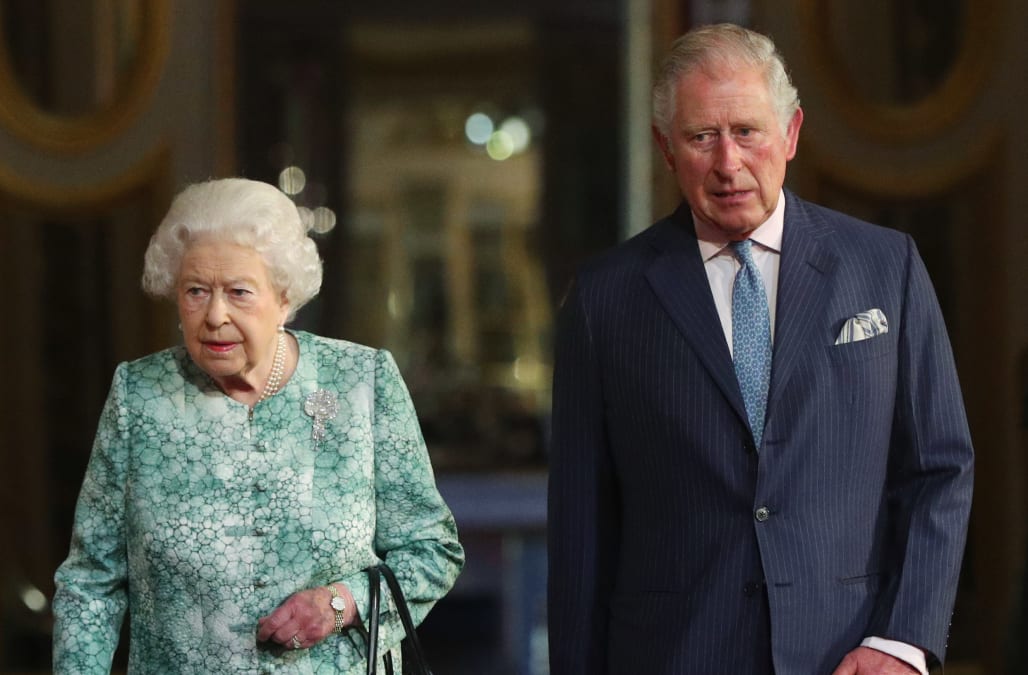 LONDON, April 20 (Reuters) - Prince Charles was approved as the successor to Queen Elizabeth as head of the Commonwealth at a meeting of the group's heads of government in Windsor on Friday, Sky News reported citing unnamed sources.

There have been calls for the role to be rotated around the 53 member-states, most of which are former British territories, but in recent days the queen, the British government and other leaders have backed Charles.

The Commonwealth Secretariat, which carries out the organization's day-to-day work, did not immediately respond to a request for comment. Prime Minister Theresa May's office did not comment on the report.

The succession issue was due to be discussed at the final day of the meeting, when leaders traveled 20 miles outside London for private meetings at the queen's Windsor Castle home.

RELATED: The best photos of the British Royal Family

The best photos of the British Royal Family

When Prince George met President Obama, in his bathrobe, no less.

Prince William holding Duchess Kate's hand as they leave the St. Andrews Anniversary Dinner in New York City while she was pregnant with Charlotte.

Prince Harry shares a joke with British competitors at the velodrome during the 2014 Invictus Games.

Prince William gives Prince George a kiss on the head while on tour in Australia.

Prince William shares a joke with his grandfather the Duke of Edinburgh during an offical visit to RAF Valley in 2011.

The Duchess of Cambridge reacts (hilariously) as young Dayna Miller shows her a doll made to look like the Duchess.

Prince William explains the planes and helicopters to his very wind-blown son during a visit to the Royal International Air Tattoo.

This adorably candid moment between William and Kate at the London 2012 Olympic Games.

Prince William stretching before the Audi Polo Challenge because ... lol.

Two year old Frederik Azzopardi cries as he refuses to give Queen Elizabeth ll a posy of flowers during The Queen's and visit to University College in 1999.

The Duchess of Cambridge rolls her eyes after someone at an event in NYC tells her to "keep wrapping!" when she pauses to speak with volunteers.

Prince Harry pretends to be a secret service agent (or James Bond?) as Kate cracks up at the 2014 Trooping the Colour ceremony.

The many faces of Prince George during his 2014 royal tour of Australia and New Zealand.

And the many faces of Kate during the London 2012 Olympics.

President Reagan laughs following a joke by the straight-faced Queen Elizabeth II, who commented on the lousy California weather she has experienced since her arrival to the States.

When Kate and William realized they were up on the Jumbotron at Barclays Center in NYC.

Dikembe Mutombo telling Kate and Wills this is the BEST POPCORN EVER. And The royals can't *wait* to try it.

All of the adorable emotions from the most recent balcony appearance.

Prince Harry makes a funny face at Ascot Racecourse in 2011.

When William and Kate met Beyonce and Jay-Z.

When the Duke of Cambridge adorably offered his wife a flower at the Taronga Zoo in Sydney.

Prince Harry sticks out his tongue as he jokes with a child during a visit to the Lesotho Child Counselling Unit in 2008.

The Commonwealth evolved out of the British empire in the mid-20th century, and the queen has been its head since her reign began in 1952. Charles had long been expected to take on the role even though it is not strictly hereditary.

This week's Commonwealth summit has seen thousands of delegates from across the globe descend on London, debating issues such as the environment, women's rights and trade. It ends later on Friday, when May is due to speak.

Britain has sought to use its hosting of the event as a chance to reinvigorate the loose alliance of countries, which have a combined population of 2.4 billion people, eyeing increased trade and global influence as it prepares to leave the European Union.

But the summit has been overshadowed by the embarrassing treatment of Caribbean migrants who came to Britain after World War Two to help rebuild the country, but have been caught up in a tightening of immigration rules.

The biennial meeting, taking place in Britain for the first time in 20 years, could be the last attended by the 91-year-old queen as she cuts back on some of her official duties. The next summit is due to be held in Malaysia in 2020.

RELATED: Queen Elizabeth and Prince Charles through the years

20 PHOTOS
Queen Elizabeth and her son, Prince Charles, together through the years
See Gallery