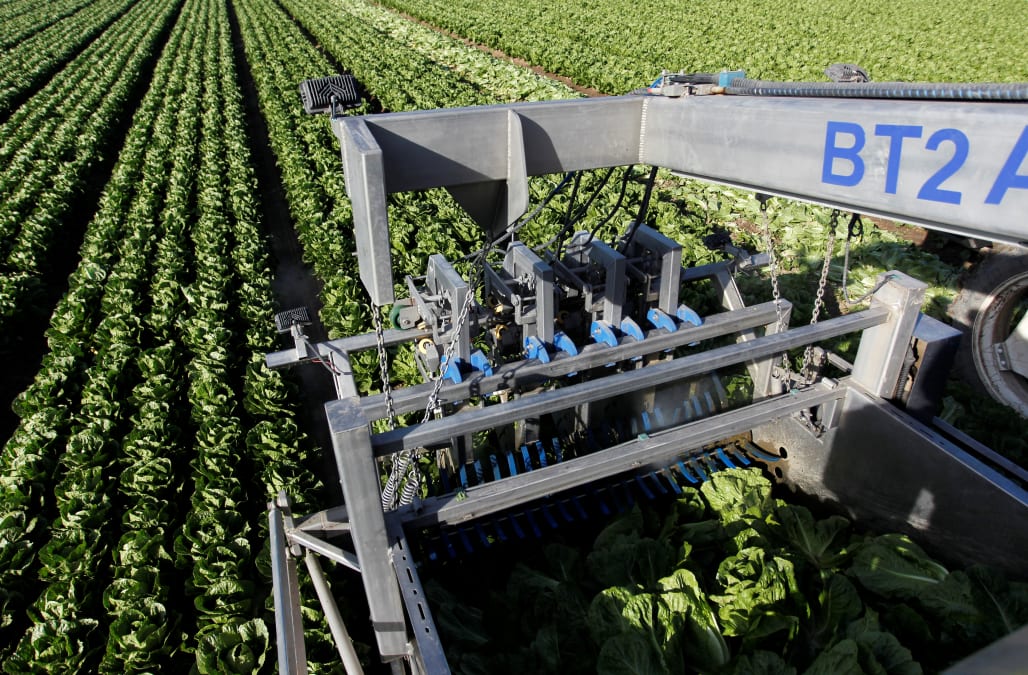 No one should eat romaine lettuce — or any lettuce at all — unless they can be sure it's not from Arizona, federal health officials said Friday.

More than 50 people have become sick in an outbreak of E. coli food poisoning linked to romaine lettuce and now several people in Alaska have also gotten ill, the Centers for Disease Control and Prevention said in a new warning.

"Based on new information from Alaska, CDC is expanding its warning to cover all types of romaine lettuce from the Yuma, Arizona growing region," the CDC said in its update.

"This warning now includes whole heads and hearts of romaine lettuce, in addition to chopped romaine and salads and salad mixes containing romaine."

The CDC said it did not have the number of sick people in Alaska yet, and it cannot say for sure where the contaminated lettuce came from precisely.

"No common grower, supplier, distributor, or brand has been identified at this time," the CDC said.

So people had better be safe than sorry.

"People who have store-bought romaine lettuce at home, including whole heads and hearts of romaine, chopped romaine, and salads and salad mixes containing romaine lettuce, should not eat it and should throw it away, even if some of it was eaten and no one has gotten sick.," the CDC said.

"If you do not know if the lettuce is romaine, do not eat it and throw it away."

It's hard to tell where lettuce comes from. Restaurants may know, but unless the restaurant can assure patrons that their romaine is not from the Yuma, Arizona area, people should not eat it, the CDC said.

"Restaurants and retailers should not serve or sell any romaine lettuce from the Yuma, Arizona growing region. Ask your suppliers about the source of their romaine lettuce," the CDC said. E. coli infections that can be traced to lettuce have been reported in 16 states, the CDC said. No one has died but 31 have been hospitalized and five have developed a severe complication of E. coli infection called hemolytic uremic syndrome.

The CDC and state health officials have spoken to the people who got infected.

It can take weeks to track down the source of a food poisoning outbreak. Food is often shipped to central plants from various farms, where it is processed, mixed together, packaged, and redistributed.

Last winter, Consumer Reports criticized the CDC and the Food and Drug Administration for not warning people away from romaine lettuce when there was a similar outbreak, but the CDC said at the time that it couldn't pinpoint what type of salad green might be responsible.

E. coli infections can cause severe stomach cramps, bloody diarrhea and vomiting. The bacteria can be spread by contaminated water, animal manure or in undercooked beef.