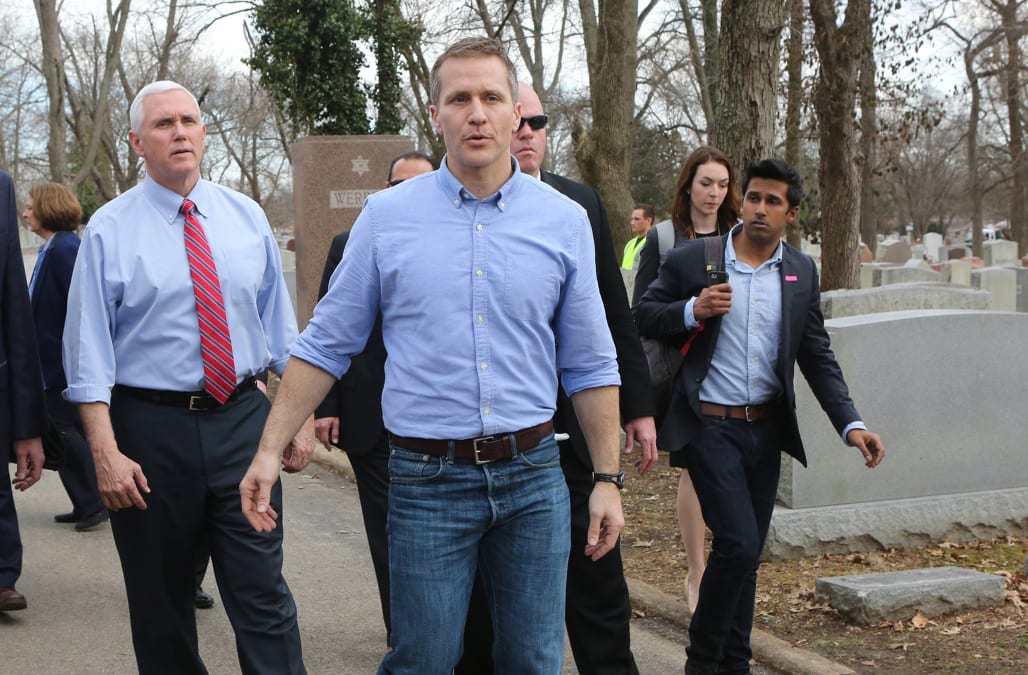 The request for a restraining order was filed on Monday, according to Missouri court records, the day before Hawley announced that his office had uncovered evidence of a possible felony committed by the governor. In an apparently unrelated case, Hawley has called for Greitens to resign amid allegations of sexual misconduct.

On Tuesday, the attorney general said that his office had uncovered “evidence of potential criminal acts of wrongdoing” stemming from Greitens’ acquisition of an electronic donor list. Hawley suggested there was reason to think Greitens had unlawfully used that list, which he obtained from a Missouri nonprofit called The Mission Continues, to raise funds for his own political purposes.

“[Greitens] did all of this without permission of The Mission Continues,” Hawley said at a Tuesday morning press conference. “This is known as computer tampering. Given the value of the list in question, it is a felony.”

More on the controversy in Missouri

As for the restraining order request, Hawley press secretary Mary Compton told HuffPost on Wednesday that the attorney general’s office will “look forward to arguing this matter in court.” She also referenced Greitens’ attempt to get Hawley to recuse himself from the donor list investigation, calling that idea “frivolous.”

Greitens’ office did not immediately respond to requests for comment.

In the wake of the sexual misconduct allegations, several top Republicans from Missouri’s state House and Senate also called on Greitens to resign. The governor has said that he is innocent and that he will not step down.

“I will not be resigning the Governor’s office,” Greitens tweeted on Tuesday. “In three weeks, this matter will go to a court of law — where it belongs and where the facts will prove my innocence.”

Last week, a woman with whom Greitens previously admitted to having an extramarital affair in March 2015 testified before a Missouri House special investigative committee that their sexual encounters weren’t always consensual and were sometimes violent. She alleged that Greitens blindfolded her and took nude photos without her permission and then used the photos in an attempt to blackmail her into silence.

The governor was arrested in February on charges of felony invasion of privacy. He is also the subject of an FBI inquiry.