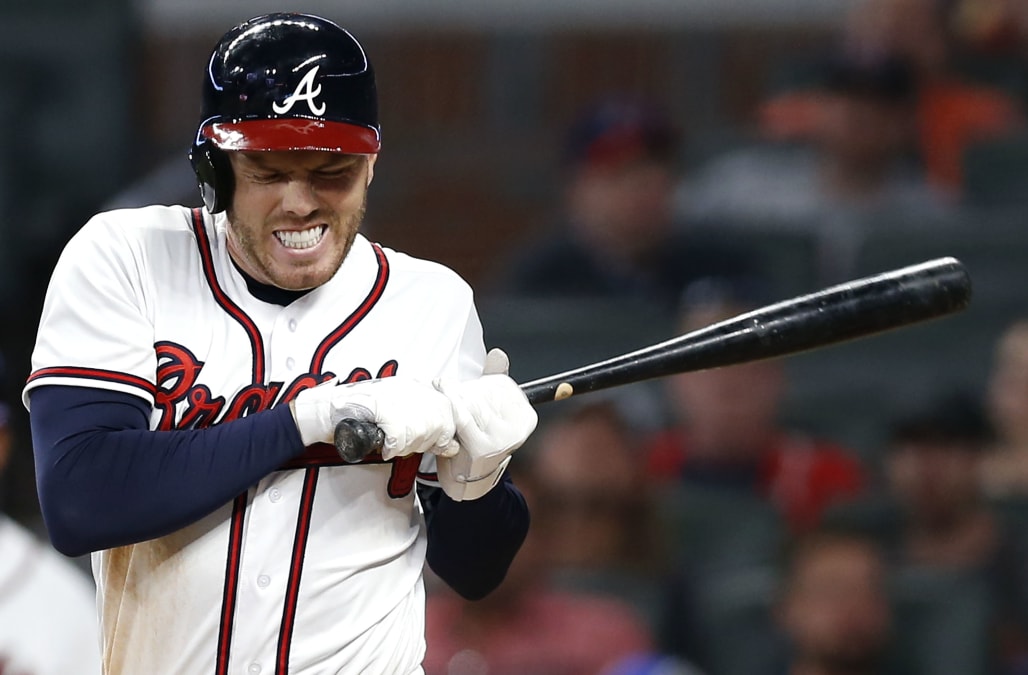 Last May, Braves first baseman Freddie Freeman got off to a scorching start.

The Atlanta All-Star led the National League with 14 home runs to go with a .341/.461/.748 slash line that had some talking him up as an early MVP candidate.

Then he suffered a broken wrist after getting hit by a pitch that cost him 10 weeks of his season.

Wednesday night, Freeman took a 90-mph fastball on almost the exact same spot on his left wrist from Philadelphia Phillies reliever Hoby Milner. He immediately walked to the Braves dugout and took himself out of the game.

Last spring, Freddie Freeman’s MVP candidacy was derailed after he was hit on the wrist by a pitch.

The @Braves’ All-Star left tonight’s game after being hit on nearly the same spot. pic.twitter.com/RbGEW0K3qK

It did not look promising. The Braves did not provide an update to his status after the game.

Freeman’s not quite off to the scorching start of last year, posting a .286/.467/.500 slash line with two home runs and 12 RBI through 16 games. But he’s one of the best first baseman in baseball, and losing him for an extended period would be a blow for the Braves.