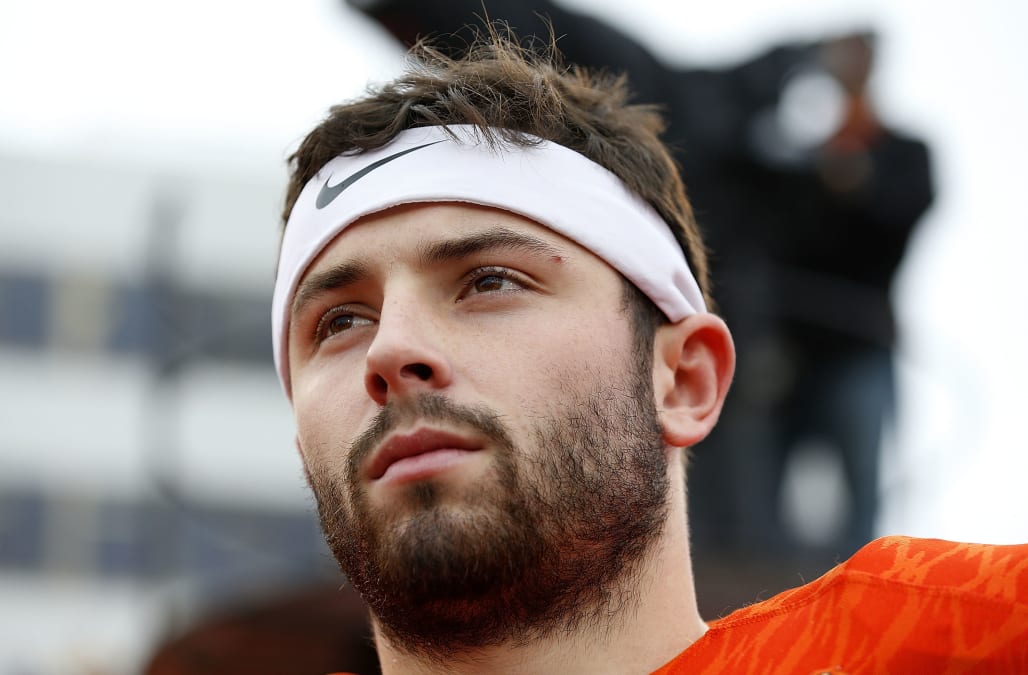 The 2018 NFL Draft is set to be one of the most dramatic in recent memory when it comes to the most important position on the field.

Experts have predicted that teams will draft as many as six quarterbacks in the first round, including four who could go in the first handful of picks.

In an attempt to extract some clarity on which teams might take a gamble on the signal-callers, we looked at what NFL Draft experts are projecting for the top quarterbacks in mock drafts.

Where the top quarterbacks are most likely to be drafted
1. Sam Darnold

Teams that experts are predicting to draft player:Browns (5), Jets (2), Giants (2)

Key expert quote: "The Browns get the top quarterback in this class. The number of interceptions Darnold threw over the past two seasons (22) is a concern, but with a strong arm, accuracy down the field, and mobility to extend plays, he's got all the tools to develop into a top-tier starter." — Danny Kelly

Teams that experts are predicting to draft player:Browns (5), Bills (2)

Key expert quote: "The NFL statistical comp I make to Allen: Matthew Stafford, who completed 57.1 percent of his passes in 39 games at Georgia and still went No. 1 overall. And Stafford had better talent around him." — Mel Kiper Jr.

Teams that experts are predicting to draft player: Jets (4), Bills (3)

Key expert quote: "Rosen is the most polished quarterback in this class when he's at his best, and he has rare arm talent." — Mel Kiper Jr.

Teams that experts are predicting to draft player: Jets (3), Broncos (2)

Key expert quote: "Mayfield's a dynamic playmaker who posted elite numbers at Oklahoma, and while a lack of height (he's just a shade over 6-foot) and his experience primarily in a spread system are red flags, his ability to aggressively throw downfield and extend plays while protecting the football (he threw 119 touchdowns and just 21 picks in three years in Norman) give him the chance to turn into a star at the NFL level." — Danny Kelly

Key expert quote: "The Louisville playmaker and former Heisman winner has experience in a pro-style passing scheme, can attack deep down the field, and is electric as a runner—both on scrambles and designed runs. He'll have to clean up a few mechanical issues, but Jackson has just as much upside as any other passer in this class." — Danny Kelly

Key expert quote: "Rudolph is a blue-collar QB with the leadership skills, intangibles and solid overall game to flourish as a QB1 in a conservative offense." — Bucky Brooks

(Photo by Roy K. Miller/Icon Sportswire via Getty Images)
Up Next

Now check out our NFL Power Rankings after a busy offseason.

NFL POWER RANKINGS: Where all 32 teams stand in the middle of a chaotic offseason