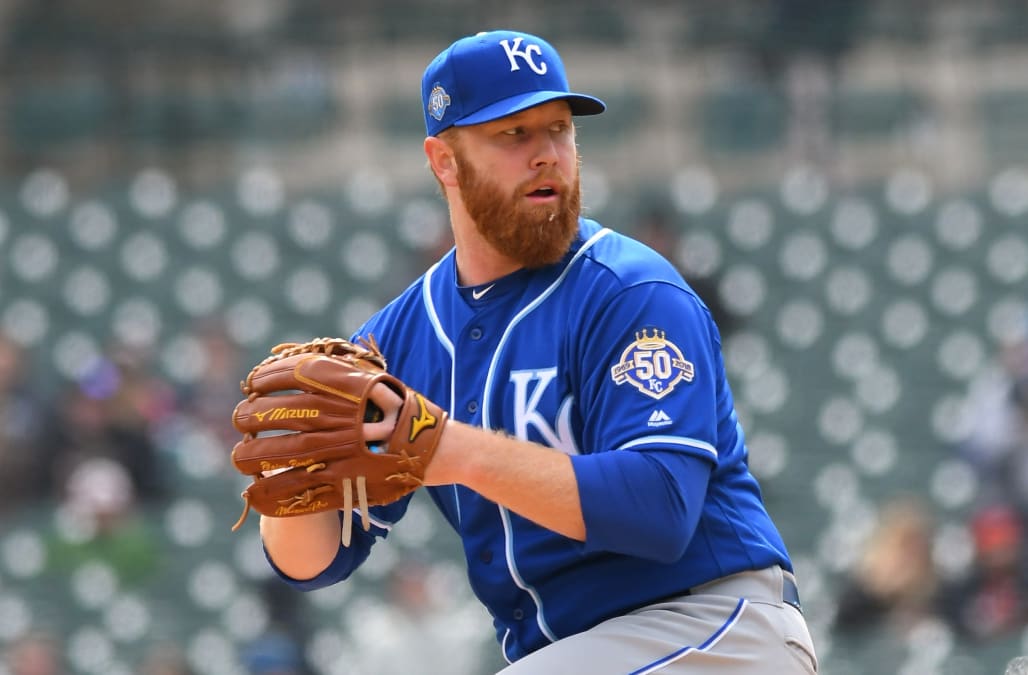 Blaine Boyer appears to have quick instincts both on and off the field.

As the Royals drove through Toronto ahead of their series on Sunday against the Blue Jays, a large chunk of ice slammed onto the windshield of one of the team's buses, according to multiple reports. The freak collision caused the windshield to shatter, with the resulting shards of glass injuring the driver. Boyer quickly sprang into action, grabbing the wheel and helping stop the bus, likely preventing what could have been a tragic accident.

Boyer downplayed the significance of his actions, instead crediting the driver for staying alert despite his injuries.

"He was a stud...That guy Fred was a trouper," Boyer told The Athletic. "He had shards in his face, and he was locked in on trying to get the bus slowed down."

See Boyer through his career:

The driver, Fred Folkerts, was treated by paramedics for cuts on his face, but did not suffer any serious injuries, according to multiple reports. Folkerts praised Boyer and the other Royals players on the bus for their actions.

"These guys were phenomenal," Folkerts told The Athletic. "The guys basically helped take over."

None of the Royals players on the bus were hurt.

The Royals' game against the Blue Jays on Monday ended up being cancelled ironically due to a large hole on the Rogers Centre roof caused by falling ice.

Boyer signed a minor league deal with the Royals this past offseason. The 36-year-old veteran reliever has also spent time with the Braves, Cardinals, Mets and Diamondbacks, among other teams.