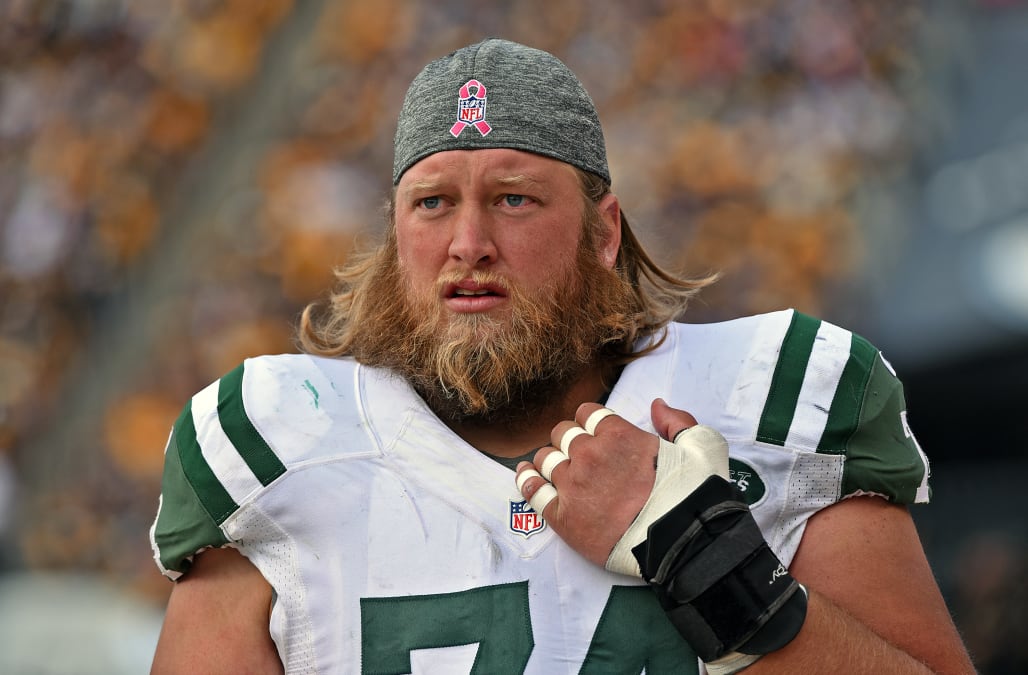 Nick Mangold, the borderline-legendary center for the New York Jets, will sign a one-year deal with the Jets in order to retire in green.

“I DECLARE RETIREMENNNTTTTTTT!” Mangold bellowed in a Tuesday morning tweet (yes, you can bellow in a tweet):

I will be signing a one day deal with @nyjets next week so I can retire a Jet.

Thank you to all!

“Everything that happened from pee-wee football to high school football to having the good fortune to play at The Ohio State University molded me for my opportunity to play for the New York Jets,” Mangold wrote, thanking by name several prominent members of the Jets.

“In my 11 years as a Jet, there were plenty of ups and downs but, through it all, I wanted to be the Steady Eddie,” Mangold wrote. “I wanted to be the guy that other guys looked at to see how it was done. I learned this attribute from the vets that I played with. My biggest regret is not bringing the Lombardi Trophy to New York but, as I retire, I will continue my efforts to bring the Trophy home in a different capacity. I have no idea what that capacity is but I’m sure I will figure something out in the future.”

Mangold, who sat out the entire 2017 season after being cut loose by the Jets in February 2017, was a seven-time Pro Bowler and a two-time First Team All Pro honoree. He was released after the 2016 season, getting the surprising phone call while he was at Disney World, but he’s mended the fences with New York since then.

See every player who has retired this offseason:

NFL players who retired over the 2018 offseason