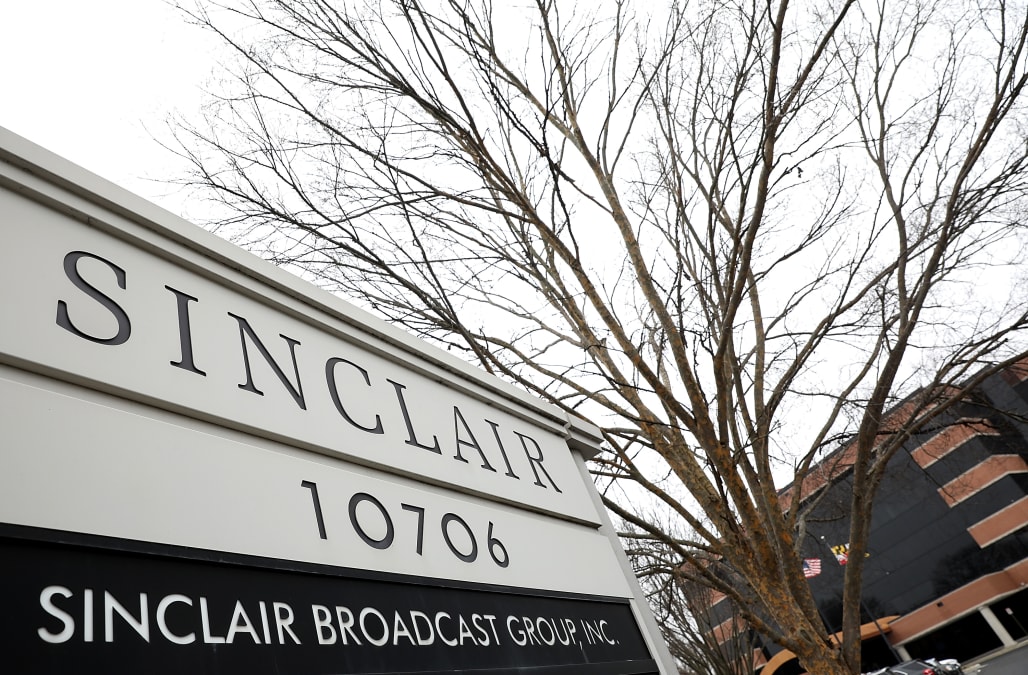 Sinclair, which is already the largest U.S. broadcast station owner, announced plans in May 2017 to acquire Tribune’s 42 TV stations in 33 markets, extending its reach to 72 percent of American households.

In a letter, the senators, 11 Democrats and independent Bernie Sanders, expressed concern about local news anchors at Sinclair-owned stations around the country being forced to read company-mandated scripts. The scripts criticized "the troubling trend of irresponsible, one sided news stories plaguing our country" and have drawn fire.

"We are concerned that Sinclair is engaged in a systematic news distortion operation that seeks to undermine freedom of the press and the robust localism and diversity of viewpoint that is the foundation of our national broadcasting laws,” the senators wrote. They added that it "may have violated the FCC’s longstanding policy against broadcast licensees deliberately distorting news by staging, slanting, or falsifying information."

Republicans in Congress have not backed criticism of Sinclair. After the scripts drew significant public attention, President Donald Trump tweeted on April 2 in defense of Sinclair: "Sinclair is far superior to CNN and even more Fake NBC."

The FCC and the Justice Department are reviewing Sinclair's deal.

In February, Representative Frank Pallone, a Democrat, said the FCC's inspector general was investigating whether FCC Chairman Ajit Pai was biased in favor of Sinclair.

Pallone in November asked the inspector general to investigate, citing a string of FCC decisions he said benefited Sinclair and a media report that Trump's election campaign struck a deal with Sinclair for favorable coverage.

Pai has repeatedly denied he has taken actions aimed at benefiting a single company and Sinclair has denied improper conduct.

The FCC and Sinclair declined to comment on the senators' letter, signed by the 11 Democrats, including Senators Maria Cantwell, Tom Udall, Elizabeth Warren, Cory Booker and Richard Blumenthal, as well as Sanders.

In February, Sinclair offered to sell two major TV stations in Chicago and New York owned by Tribune to companies with ties to Sinclair as part of its effort to win FCC approval.

Sinclair said, however, that it would seek to operate both stations as if it owned them. The Wall Street Journal reported earlier this week that the plan has run into resistance at the FCC, but the merger is still expected to be approved.

More from Aol.com:
Police officers who are sick of cold weather 'arrest' the winter
Boy, 4, beaten to death by mom and her boyfriend for spilling cereal
Body of missing CDC doctor Timothy Cunningham found in Atlanta river