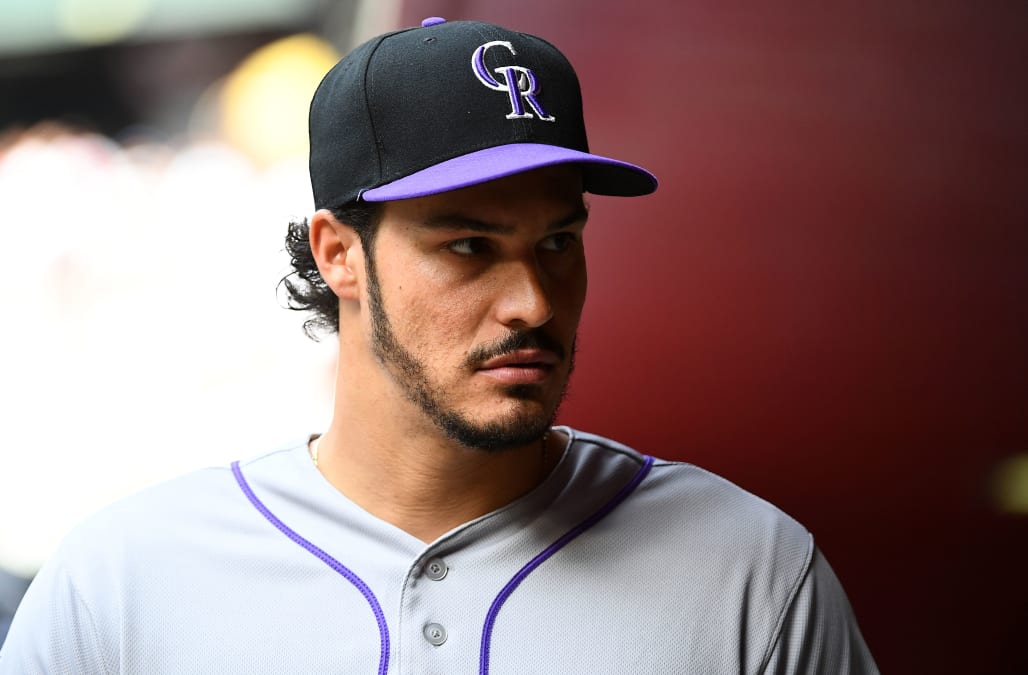 The Colorado Rockies should plan to play without superstar third baseman Nolan Arenado for a couple days. Arenado was involved in a wild brawl Wednesday, in which he threw some punches after nearly being hit by a pitch.

[Still not too late to join a Yahoo Fantasy Baseball league]

The incident began in the third inning, when San Diego Padres starter Luis Perdomo threw behind Arenado. The third baseman immediately tossed his bat aside and furiously charged the mound.

Nolan Arenado charges the mound after a pitch is thrown behind him. Benches clear in Colorado. pic.twitter.com/vKfMTNU5c1

Perdomo wanted no part of Arenado. After throwing his glove at the charging third baseman, Perdomo immediately began backing up. Arenado attempted to land a few wild punches while running at Perdomo. It’s unclear if any of them connected.

Arenado’s outburst caused both benches to empty. It was too tough to tell from the wide view on the broadcast, but the scrum seemed to be a little more violent than normal. And after a brief lull, another scrum took place a few seconds later.

Players weren’t out there keeping the peace as much as usual, and we wouldn’t be surprised to see a few players receive suspensions once the league examines the full video.

Arenado remained pretty angry even after being separated from the fray. A number of players were trying to get him to calm down. Not just teammates, either. Both Mark McGwire and Eric Hosmer were trying to diffuse the situation. Rockies outfielder Carlos González was making sure Arenado stayed out of any more trouble.

Once the umps got the situation under control, five players were ejected from the game. Including Arenado and both starting pitchers.

So both starting pitchers tossed.

Games between both clubs have already featured a number of hit batters this season.

That frustration seems to have boiled over Wednesday, which might explain why Arenado erupted as quickly as he did.