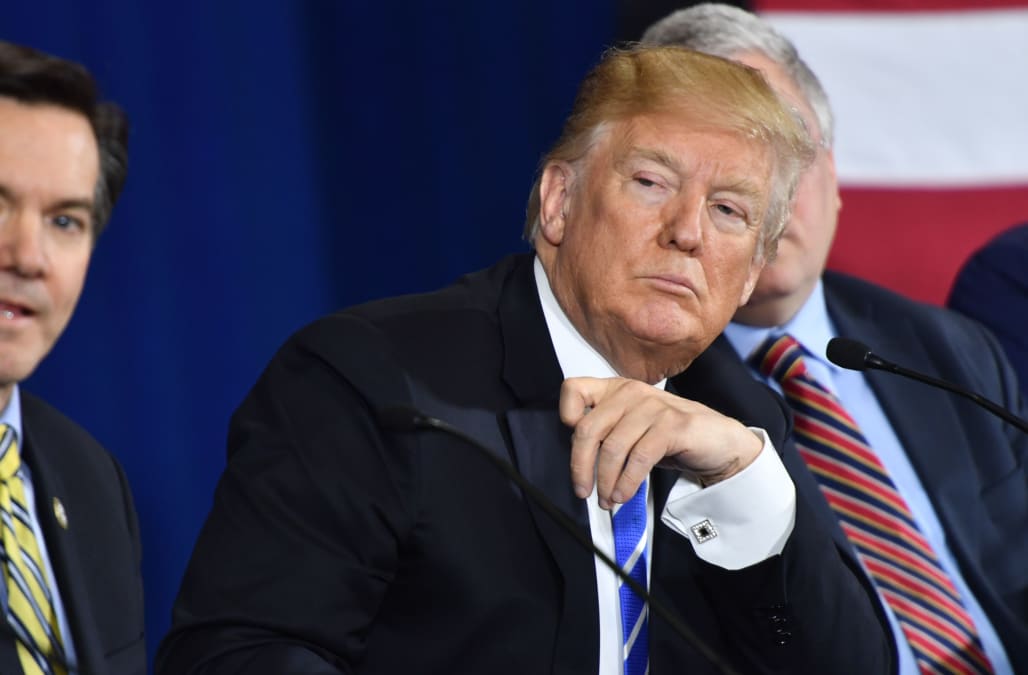 April 9 (Reuters) - Older, white, educated voters helped Donald Trump win the White House in 2016. Now, they are trending toward Democrats in such numbers that their ballots could tip the scales in tight congressional races from New Jersey to California, a new Reuters/Ipsos poll and a data analysis of competitive districts shows.

The 12-point swing is one of the largest shifts in support toward Democrats that the Reuters/Ipsos poll has measured over the past two years. If that trend continues, Republicans will struggle to keep control of the House of Representatives, and possibly the Senate, in the November elections, potentially dooming President Donald Trump's legislative agenda.

“The real core for the Republicans is white, older white, and if they’re losing ground there, they’re going to have a tsunami,” said Larry Sabato, a University of Virginia political scientist who closely tracks political races. “If that continues to November, they’re toast.”

Asked about the swing, Republican National Committee Chairwoman Ronna McDaniel cited robust fund-raising and said the party would field strong campaigns in battleground states. "We are not taking a single vote for granted,” she said in a statement.

John Camm has been a Republican since the Nixon Administration, but the 63-year-old Tucson accountant says he will likely support a Democrat for Congress in November. He is splitting with his party over access to health insurance as well as its recent overhaul of the nation's income tax system. He also supports gun control measures that the party has rejected.

"I'm a moderate Republican, and yet my party has run away from that," Camm said. "So give me a moderate Democrat."

Camm is not alone in his worries about healthcare. The number of educated older adults choosing "healthcare" in the Reuters/Ipsos poll as their top issue nearly tripled over the past two years, from 8 percent to 21 percent. The poll did not ask respondents precisely what their concerns about healthcare were.

Typically though, voters' concerns are varied. Some fear the repealing of the Affordable Care Act, former President Barack Obama's signature effort to offer subsidized health insurance to millions of Americans and expand healthcare to the poor. Others cite high prescription drug costs and the high cost of healthcare in general.

The potential impact of any swing to Democrats is magnified given that older, educated adults are reliable voters. They also make up a sizeable portion of the voting population in many districts where elections are close.

How they vote could decide elections in as many as 26 competitive congressional districts where Democrats have a shot at winning a seat. A Reuters analysis of U.S. Census data shows highly educated older voters make up about 5-10 percent of the population in those areas. Democrats need to pick up 24 seats to win control of the House of Representatives.

They make up about 10 percent of the population there, the analysis shows. Adjacent to the University of Arizona Tucson campus and including some of Arizona's few liberal pockets, it is Arizona's most competitive district, said Paul Bentz, an Arizona strategist and pollster who has worked on numerous Republican campaigns.

Older voters in the 2nd district - both with and without college degrees - were 40 percent of voters in the 2016 election that kept Congress in Republican hands and brought Trump to power, Arizona voter data reviewed by Reuters shows.

Bentz said the shift toward Democrats in the Tucson area could be enough to determine the outcome, but he cautioned against reading too much into the increased concern about healthcare. He said Republicans could still win voters with arguments focusing on immigration and support for the military.

Nationally, Democrats plan to campaign strongly for older voters, focusing on issues such as taxes, healthcare and the economy as campaigns heat up later this year, party strategists said. Republicans, meanwhile, are touting the benefits of their tax cuts and the improved economy.

In an ad that began rolling out last week in Indiana, Priorities USA Action, the largest Democratic Party fundraising group, highlights increases to the federal deficit caused by Republican tax cuts. "Now there's a plan to cut Medicare to pay for it," the ad says, a line designed to raise older Americans' anxiety about the government healthcare program for over 65s.

Priorities spokesman Josh Schwerin said it plans to spend $50 million on such ads in several states, including Arizona, Pennsylvania and Ohio.

(To read about how healthcare anxieties are looming large in a key Kentucky House race, click here)

Voters between the ages of 60 and 65 are particularly worried about healthcare, said Brigid Harrison, a political scientist at Montclair State University in New Jersey, because they are paying ever higher private health insurance premiums and are not yet eligible for Medicare.

Kenneth Johnston, 82 and a registered Republican who was shopping with his wife on a recent day at a Sprouts Farmers Market store in Green Valley, south of Tucson, said he is unhappy with his party and has mixed feelings about Trump.

But he hasn't yet decided how he's going to vote. "I'm worried about healthcare, but sometimes I just worry about everything," he said. "I'm old." --The Reuters/Ipsos daily tracking poll provides a snapshot of public opinion by surveying more than 65,000 adults during the first three months of 2016 and 2018, including more than 15,000 people over the age of 60.