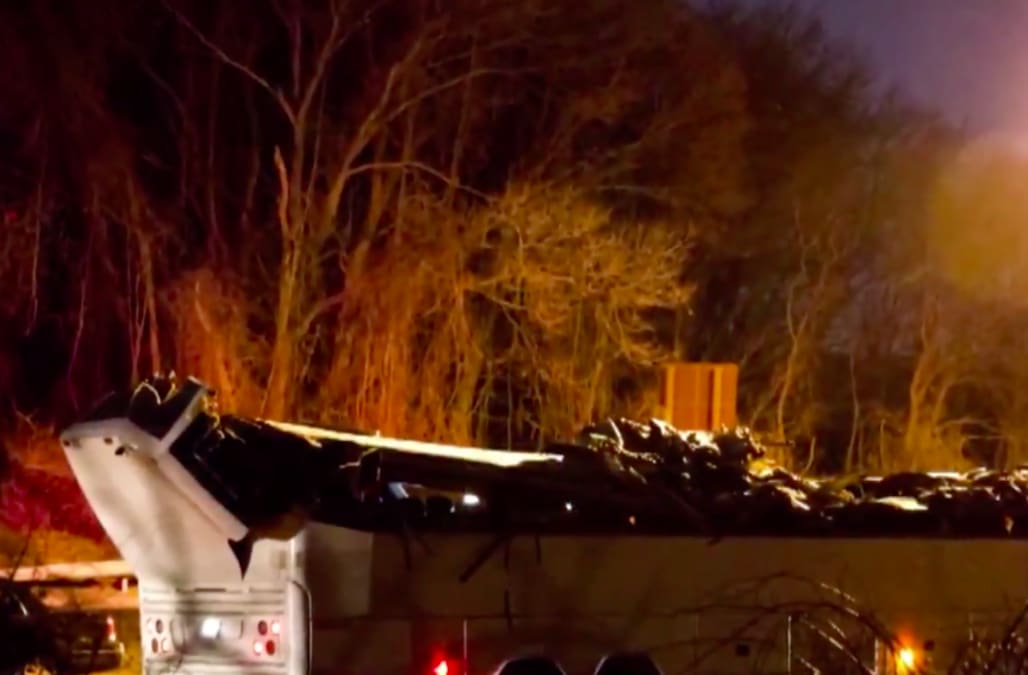 The students and their chaperones were traveling back from John F. Kennedy International Airport after a spring break trip to eastern Europe, police said.

"There was glass everywhere," James Cardi, who was in a passing car, told the New York Post. "A majority of the kids were standing by the guardrail, but there were still people trapped inside."

One of the injured people was in a critical condition, according to the Post and other media.

The bus, carrying 38 students and six other passengers, hit the overpass on the Southern State Parkway, police said.

The vehicle's operator, Journey Bus Line, of Irvington, New Jersey, could not immediately be reached for comment. (Reporting by Rich McKay Editing by Andrew Heavens)