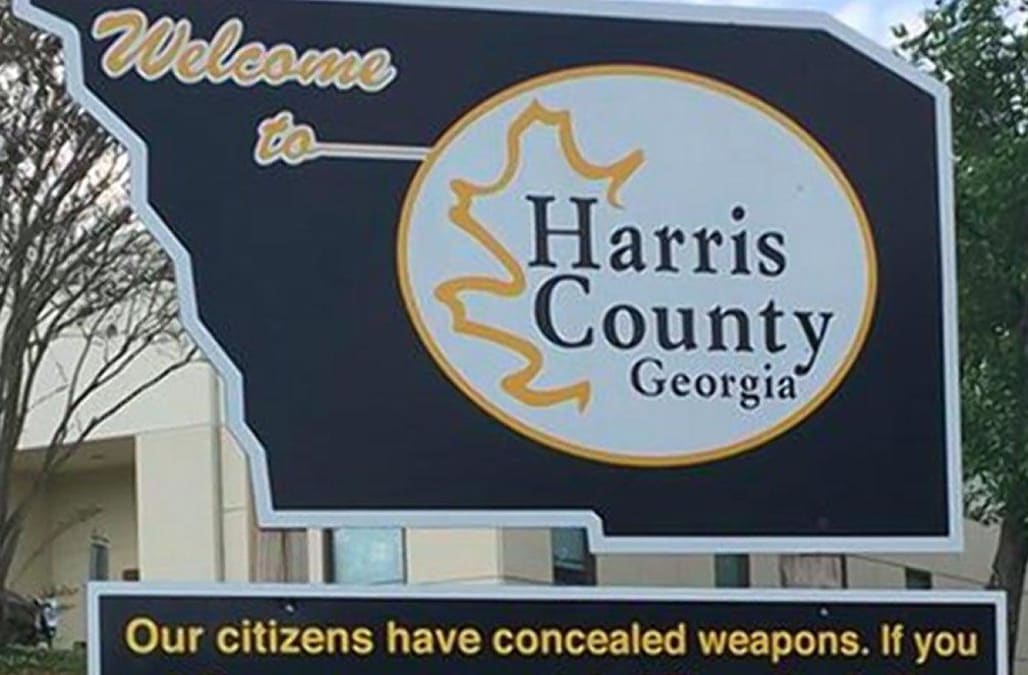 A Georgia sheriff's "welcome" sign warns visitors that "if you kill someone, we might kill you back."

Harris County Sheriff Mike Jolley, who has displayed unusual signs before, placed the message Tuesday near the department office, according to Patch.

"Our citizens have concealed weapons," the sign read. "If you kill someone, we might kill you back. We have ONE jail and 356 cemeteries. Enjoy your stay!"

Jolly told local media outlets that the sign, which he said he paid for, was meant to be "tongue-in-cheek."

"It's a way to say people in this county have a second amendment right and if someone uses a weapon, they're likely in danger," he told Patch. "Don't do anything crazy. We're likely to shoot back."

The photo of the sign has been shared hundreds of times on Facebook this week. Jolley told the Ledger-Enquirer newspaper that the reaction was "98 or 99% supportive."

"I think the sign speaks for itself," he told Patch. "Citizens here have weapons and that's legal. We've seen an increase in weapons sales. The citizens have a legal right to protect themselves and their property. If you come into our county and kill someone, you might get killed back. Weapons are a tool. They're not intended for someone to use in a criminal act."

Jolley told the Ledger-Enquirer that he changes signs every seven or eight months. In 2015, one of his signs read, "WARNING: Harris County is politically incorrect. We say: Merry Christmas, God Bless America and In God We Trust We salute our troops and our flag. If this offends you ... LEAVE!"