Does Trump have the power to send National Guard to the border? 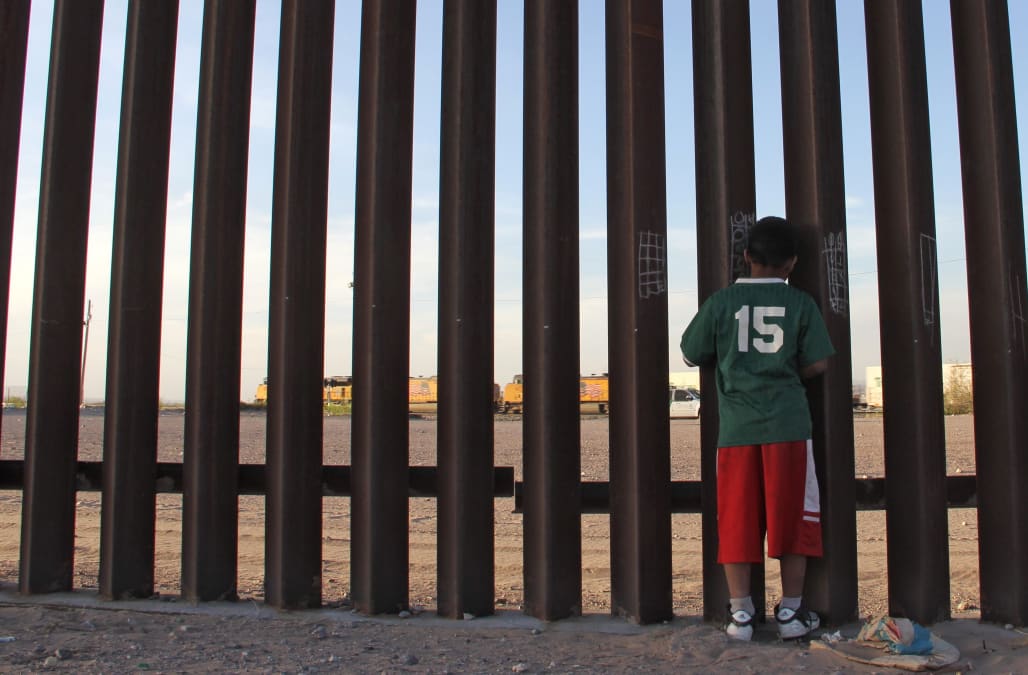 President Donald Trump announced this week he was sending the National Guard to the U.S.-Mexico border to fight illegal immigration, signing a proclamation Wednesday that invokes a part of the U.S. Code called Title 32 to do so.

Rep. Ted Lieu, D-Calif., argued Thursday that this wasn't actually sending members of the National Guard to the border, but rather a request for states to do so.

Proclamation by @realDonaldTrump doesn't actually send National Guard troops to the border. Because @POTUS is using Title 32 authority--instead of federalizing the Guard under Title 10--this is a REQUEST for state Governors to send troops.

Does Trump have the authority to deploy the National Guard himself? Here's how it's worked before.

How do you send troops to the border?

The military has no legal mandate to deal with immigration issues, but there are two ways for the federal government to use the National Guard to enhance its efforts. Under U.S. Code Title 10, the one Lieu references in his tweet, National Guard troops are federally funded and their movements controlled by the secretary of defense. Under U.S. Code Title 32, the one Trump used as a basis for his proclamation, the troops are federally funded but remain under state control, sent at the behest of that state's governor.

President Barack Obama and President George W. Bush both used Title 32 to send National Guard forces to the border during their administrations. In addition, Title 10 has for decades been used to federally fund military groups fighting transnational gangs that attempt to cross U.S. borders, according to a 2012 Government Accountability Office report.

Is there a reason for choosing Title 32 over Title 10?

Definitely. Title 32 broadens the scope of what National Guard personnel can do at the border.

Title 10 federalizes the National Guard, which means those troops are prohibited from enforcing domestic laws by the Posse Comitatus Act (PCA). The PCA bars military forces from getting involved with domestic issues like immigration. They can only take a support role when it comes to domestic issues, tackling work like training or loaning and operating equipment, as well as certain counterdrug and counterterrorism efforts.

State National Guard personnel are not subject to the PCA, so in 2004, Congress passed a law that past administrations have used to allow the federal government to fund National Guard troops participating in border security operations in the event of "homeland defense activity" under Title 32 authority, according to a 2013 Congressional Research Report.

What role do states play in this? Can they say no?

Border states can fund and send their own National Guard troops to secure their borders, though historically many have requested Title 32 efforts so that the federal government picks up the tab.

They can also refuse to send troops, as former Gov. Arnold Schwarzenegger, R-Calif., did in 2006 when Bush requested that California more than double the number of National Guard personnel deployed to the border.

Why does Trump want to send troops to the border now?

On Easter, the president started tweeting about dangerous "caravans" of migrants careening through Mexico toward the U.S. It was actually a planned, annual procession of migrants fleeing violence in Central America organized by a group called Pueblo Sin Fronteras. Many planned to seek asylum in the U.S. as they were fleeing extreme violence in their home countries — and they would have been stopped or apprehended at the border accordingly, immigration experts said.

The president said this was a dangerous situation, and blamed Democrats in Congress for not passing stricter immigration laws and funding his demands for a border wall. Later, he said he'd use the military to protect the border.

Meanwhile, the caravan has stalled nearly 1,000 miles from the U.S. border in the Mexico state of Oaxaca.