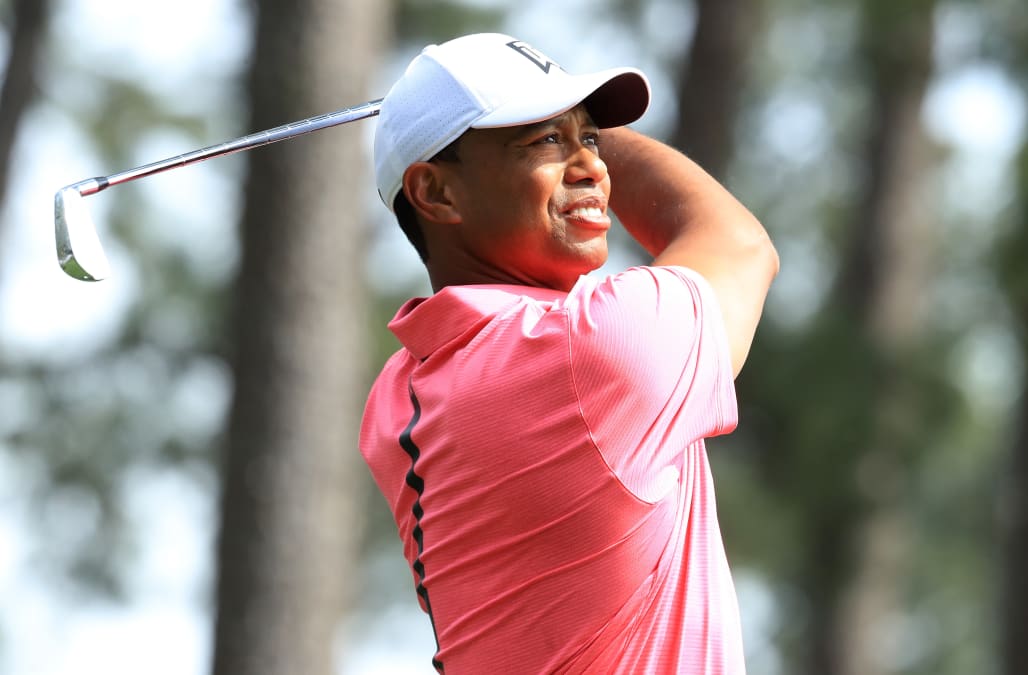 This Thursday, golf fans around the world will turn their attention to Augusta National for the first men's major of the year, the Masters.

It is, as Jim Nantz has so often put it, "A tradition unlike any other," filled with incredible views and even more spectacular golf. This year's tournament has an added bit of intrigue with the recent play of Tiger Woods, who is back in the Masters' field after missing the previous two years — and ticket prices have been rising in anticipation of his comeback.

But while Woods will no doubt be the fan-favorite to win coming into the weekend, oddsmakers in Las Vegas have put him amongst eight others as the favorites to take home the green jacket.

Take a look below and see who Las Vegas believes has the best chance to win at the Masters this weekend. All lines are courtesy of Jeff Sherman and the Westgate Las Vegas Superbook.

One thing to know: Bubba has two green jackets in his closet already but hasn't performed all that well at Augusta since last winning in 2014. That said, with a win at the WGC-Dell Match Play tournament at the end of March, he'll head to Georgia in great form, and could potentially find the magic that has already guided him to golf's most prestigious winner's circle.

One thing to know: Mickelson has missed the cut in two of his past four trips to Augusta, but with three wins and six more top-three finishes at the Masters, its impossible to ever count him out as a contender.

One thing to know: Rickie Fowler is one of the players you'll always see on the leaderboard but rarely at the top of it. He's never won a major but does have eight top-10 finishes in golf's four biggest tournaments. His Sunday orange would clash with the green jacket should he win at Augusta, but I doubt he would mind the fashion faux pas.

One thing to know: Justin Rose lost in a heartbreaking playoff to Sergio Garcia at the Masters last year and has finished in the top 10 at Augusta the past three years. There's little doubt he can play the course as well as almost anyone, but he'll have to get past the haunting memories of previous tournaments if he's going to win the top prize.

One thing to know: After Tiger's fantastic play to start the season, Las Vegas oddsmakers briefly made him the favorite to take home his fifth Masters title. His odds have dropped back a bit since, but he's still amongst the favorites, and if he does happen to string together four good rounds, has a chance to complete a comeback story for the ages.

One thing to know: Rory McIlroy is a threat to win any tournament he's in and is just a green jacket short of becoming only the sixth golfer in history to complete a career grand slam. He's finished in the top 10 for the past four years — is this the year he finally breaks through?

One thing to know: Justin Thomas is one of the most consistent young golfers you'll find on tour. Coming off the best year of his young career, Thomas is in fine form entering the Masters, having won the Honda Classic back in February. He's close friends with Spieth, and seeing the two together in one of the final pairings on Sunday could make for some high drama.

One thing to know: Dustin Johnson is the top-ranked golfer in the world, and with good reason. His powerful drives are unmatched, and on an Augusta course that rewards players that can get far down the fairway, he's a solid pick to make a strong finish on Sunday.

One thing to know: Spieth hasn't gotten off to a great start this year, but just finished tied for third at the Houston Open and is in better form of late. He proved he can win at Augusta, but will still be looking to shake off the memories of 2016 when he put two balls in the water on the 12th and eventually came in second after holding a 5-stroke lead on Sunday.

(Photo by Darren Carroll/Getty Images)
Up Next