California crash that killed Hart family may have been intentional, authorities say 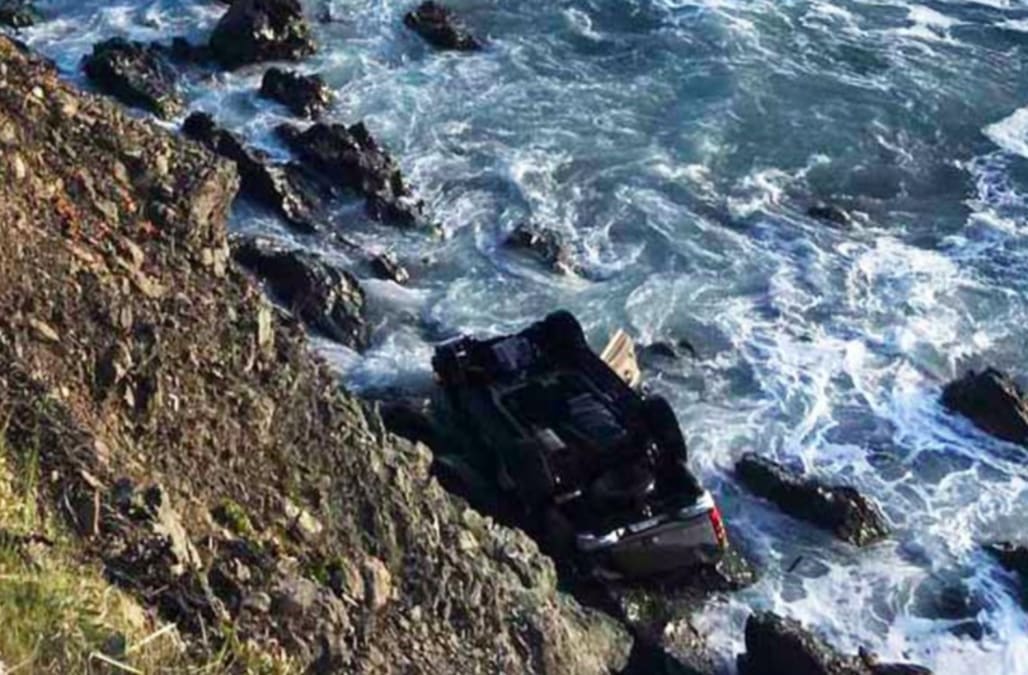 Almost one week after an SUV carrying Devonte Hart's family plunged off a cliff in California's Mendocino County, authorities said Sunday night that the vehicle came to a full stop before accelerating off the cliff.

The California Highway Patrol, or CHP, and the Mendocino County Sheriff's Office are continuing to investigate the crash, which killed Jennifer and Sarah Hart, both 38, and their children Markis, 19, Jeremiah, 14, and Abigail, 14.

Authorities said that while no suicide note had been found, they believed for now that the crash may have been intentional, based on the absence of skid marks, data from air bag controllers and other information.

A CHP spokesman said during a conference call with reporters that the SUV's on-board computer indicated that the vehicle stopped and then accelerated over the cliff, a distance of about 70 feet.

"Pure acceleration all the way," he said.

Devonte, 15, and his sisters Hannah, 16, and Sierra, 12, who are also believed to have been in the car, remain missing. Acting Assistant CHP Chief Greg Baarts said investigators couldn't determine which woman was driving.

Devonte, a young black boy, was photographed in 2014 crying in the arms of a white police officer during a protest in Oregon over police brutality in Ferguson, Missouri.

"Three children are still missing and could be in the ocean," Baarts said. "We are trying to determine a timeline, path of travel, and if there were any stops."

He told NBC News that California authorities were "tirelessly searching for the missing children along the coastline," while authorities in California and Washington were "conducting interviews and attempting to establish a timeline and routes of travel in an effort to rule out any other possibilities."

According to neighbors and court records, the family has had troubles in the past, carrying over to a recent investigation into abuse or neglect with the Washington Department of Social and Health Services.

Sarah Hart was charged with a misdemeanor offense of domestic assault against her daughter Abigail in 2011, and neighbors claimed that Devonte would often ask them for food. He said his parents would withhold food as punishment.

The household had previously been visited by Child Protective Services, and neighbors claimed to have called the agency again to report on the family on March 23, before the Harts left on the trip that resulted in the fatal incident.

The state's Department of Social and Health Services said in a statement that the children who were killed would be identified "as potential victims of alleged abuse or neglect."

The Clark County Sheriff's Office obtained a searched warrant Thursday to retrieve items like computers, credit cards and bank statements to help determine a probable cause. Baarts said a felony may have been committed.

Cal Robertson, a spokesman for the CHP, confirmed reports that thespeedometer was showing 90 mph at the time of the crash, but he said it could have moved during impact or could accidentally have been manipulated during the investigation.

"Certainly, that does not mean the vehicle was going that fast," Robertson said Sunday night.

Baarts said a full vehicle inspection had yet to be completed, but he told reporters that the "complete lack of ... physical evidence" of an accident, like skid marks, was striking.