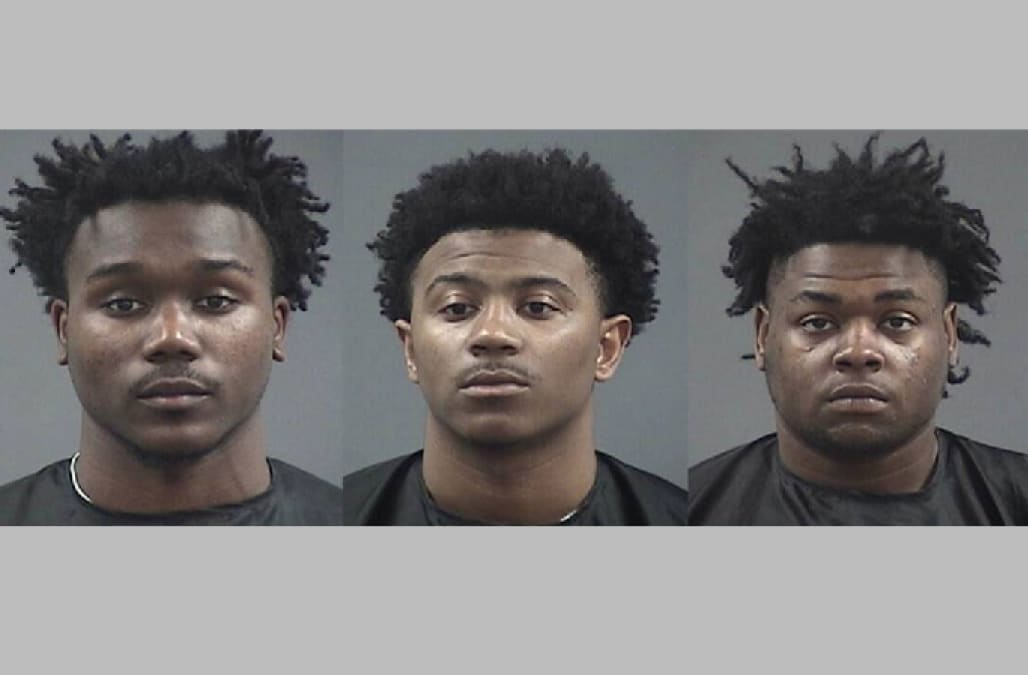 Former Clemson players Jadar Johnson and C.J. Fuller and former Duke player Quaven Ferguson were arrested Wednesday on charges of armed robbery and possession of a weapon during commission of a crime in Clemson, S.C.

The three players are accused of robbing someone at gunpoint after forcing their way into a person's apartment in downtown Clemson, according to a news release from Clemson police. Per the release, the men took cash and a cell phone before fleeing.

Bond was set at $25,000 each on Thursday. The three men are being held in Clemson City Jail.

Johnson had nine career interceptions and was a starting safety on Clemson's 2016 national championship team. He joined the New York Giants as an undrafted free agent but later quit the team in 2017 before preseason games began.

Fuller was a running back at Clemson and started the first three games in 2017. He finished the season with 217 rushing yards and announced last month he was transferring for the 2018 season.

See the Clemson players during their college days:

Ferguson, a defensive tackle, had 25 tackles in three seasons at Duke. He announced in January that he was departing the program.