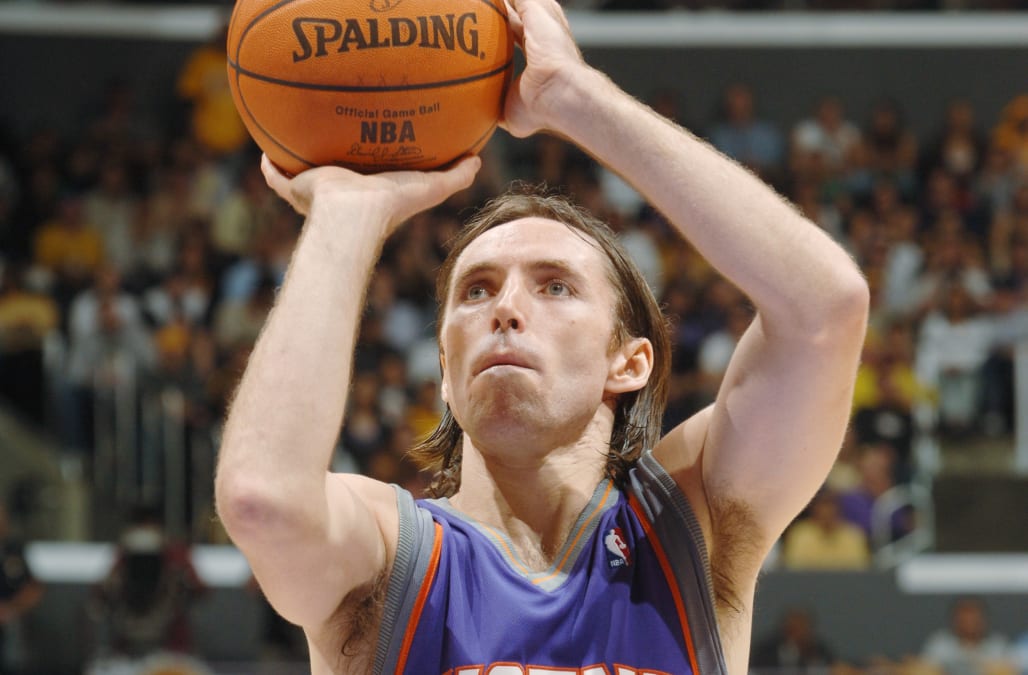 We’ll have to wait until Saturday to find out the full list of luminaries marked for induction into the Naismith Memorial Basketball Hall of Fame’s class of 2018, but it looks like the group will be led by three of the last generation’s most electrifying playmakers.

ESPN’s Adrian Wojnarowski reported Thursday that two-time NBA Most Valuable Player Steve Nash, 11-time All-Star Jason Kidd and seven-time All-Star Grant Hill “have been notified that each will be inducted into the Naismith Basketball Hall of Fame’s Class of 2018.” All three made their first appearance on the Hall of Fame ballot when finalists were announced during All-Star Weekend last month, made possible by a shift in Hall policy announced in December that sped up the process for potential honorees to come up for consideration.

In years past, prospective inductees needed to be retired for five full years to be eligible. Now, you can hit the ballot after three years, allowing Nash (who last played in 2014) to join Kidd and Hill (who last played in 2013) in this year’s player pool. And, once they got there, they proved to be no-brainer selections.

Nash led the NBA in total assists six times in an eight-year span between 2004 and 2012 as the pilot of the run-and-gun Phoenix Suns, whose “Seven Seconds or Less” attack helped revolutionize offense in the NBA. He stands as one of only 13 players in league history to win multiple MVP awards, joining Hall of Famers Kareem Abdul-Jabbar, Bill Russell, Michael Jordan, Wilt Chamberlain, Moses Malone, Larry Bird, Magic Johnson, Bob Pettit and Karl Malone, as well as three others — Tim Duncan, LeBron James and Stephen Curry — certain to earn enshrinement as soon as they’re eligible.

Marked for superstardom after a pair of NCAA titles at Duke, Hill was a prototypical do-everything swingman for the Detroit Pistons and an All-Star selection in five of his first six NBA seasons before injuries began to derail his career in 2000. But despite spending the bulk of the next four seasons on the shelf, Hill persevered, making the difficult mid-career adjustment from former star to roleplayer and fashioning a dynamite second act as a complementary player in Orlando and Phoenix.

Few players in recent NBA history have been better able to control all facets of a game than Kidd, a regular among the league leaders on both the assists and steals lists. Kidd made nine All-Defensive Team appearances, earned six All-NBA selections and led the league in assists five times, helping transform the late-’90s Phoenix Suns and early-2000s New Jersey Nets into perennial playoff squads. Like Kidd, he too made a late-career adjustment, developing into a reliable 3-point shooter and steady hand on the ball to help lead the Dallas Mavericks to the 2011 NBA championship. He left the court in 2013 and moved right to the bench as a head coach, first for the Brooklyn Nets, and then for the Milwaukee Bucks, before being fired earlier this year.

Wojnarowski also reported that Maurice Cheeks, a four-time All-Star during a 15-year NBA career spent mostly with the Philadelphia 76ers, will join Nash, Kidd and Hill in this summer’s Hall class. Cheeks, a defensive stalwart in the backcourt who played point guard on the Sixers team that won it all in 1983, has followed his stellar playing career with years of impressive work on the bench, with head coaching stints in Portland, Philadelphia and Detroit, as well as multiple tenures as an assistant coach, including his current placement alongside Billy Donovan in Oklahoma City.

Nash, Kidd, Hill, Cheeks and the rest of the finalists from the North American and Women’s Committee for election into the Naismith Memorial Basketball Hall of Fame will join enshrinees from the “direct-elect” Early African-American Pioneers, International, Contributors and Veterans Committees will be officially announced on Saturday at a press conference in San Antonio prior to the NCAA Men’s Championship game. The Class of 2018 will be enshrined in Springfield, Mass., during the weekend of Sept. 6-8, 2018.

Dan Devine is a writer and editor for Yahoo Sports. Have a tip? Email him at devine@oath.com or follow him on Twitter!