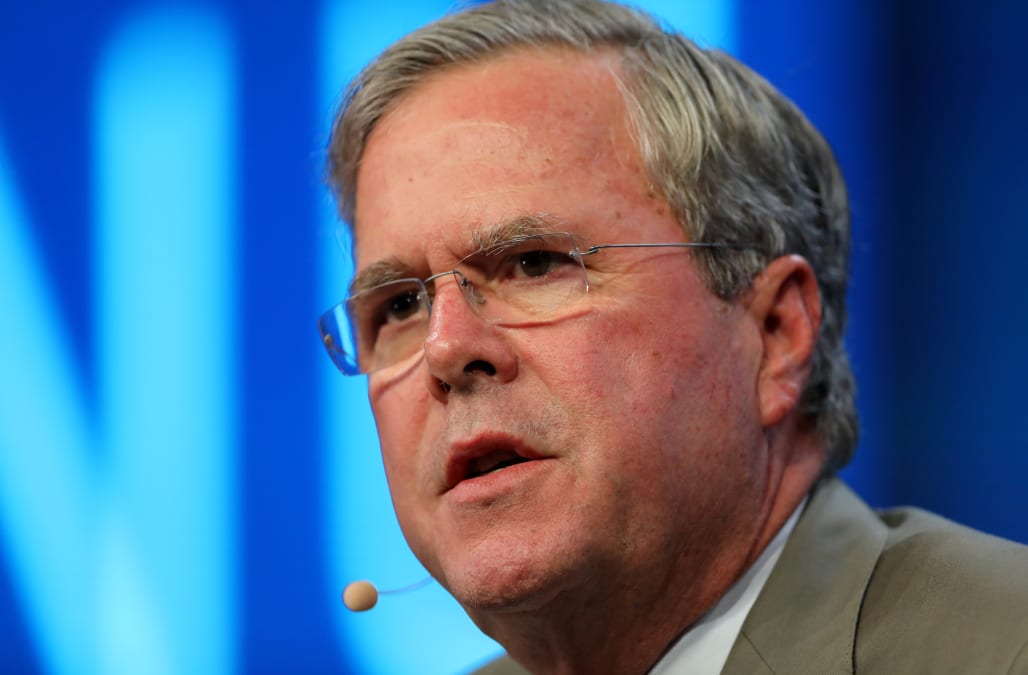 Jeb Bush appeared to mock President Donald Trump over his relationship with his children during a lecture at Yale University on Tuesday.

The former Florida governor and Republican presidential candidate said he returned home following the 2016 GOP primary in South Carolina to children who “actually love me.”

Bush didn’t explicitly name Trump ― who defeated him for the GOP presidential nomination ― during his lecture, “A Conversation with Jeb Bush: Restoring Conservatism in America.”

But much of the audience interpreted the joke as a dig at the current president, reports the Yale Daily News.

RELATED: A look at members of the Trump family

Trump’s sons, Donald Trump Jr. and Eric Trump, also thought the barb was a shot at their father. Trump Jr. responded with this tweet:

Also love that he learned enough about politics in a few weeks to dismantle you piece by piece despite it being your life’s work https://t.co/4fcnA1AgAa