J.D. Martinez vs. Giancarlo Stanton: Kevin Millar weighs in on which MLB hotshot will perform best on new team 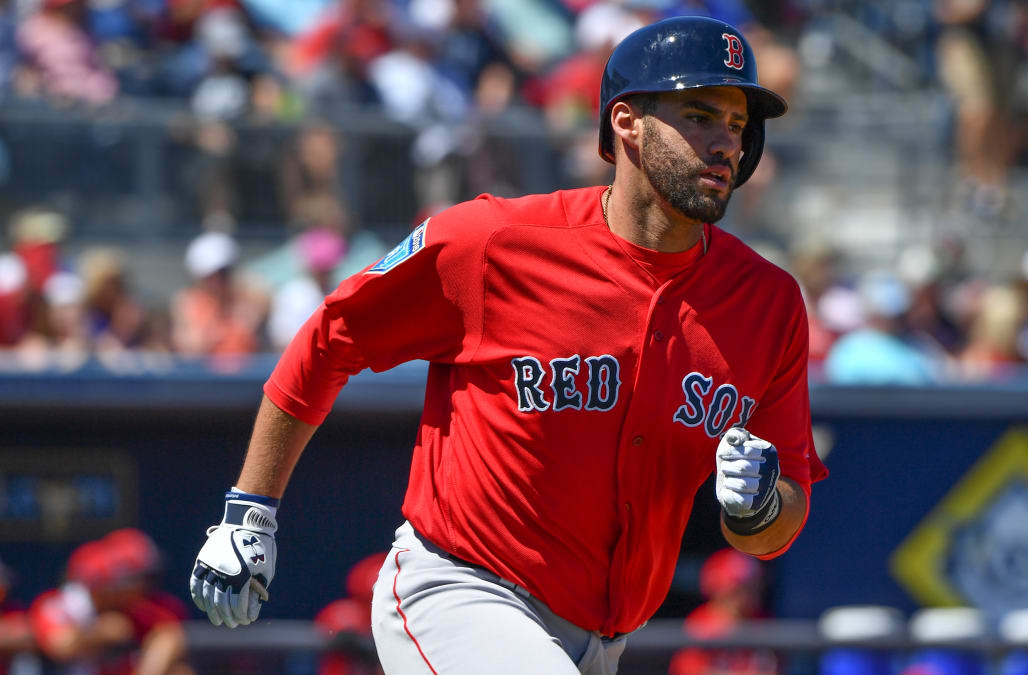 If you hibernated through the MLB offseason, don't worry -- you didn't miss much. It was an uneventful winter, at best, but the few roster shake-ups that did occur should add some intrigue to the 2018 season.

New York and Boston are notoriously tough cities to play in, especially for players coming from smaller markets. The change in environment could pose a problem for both Stanton and Martinez, who are also joining one of the most heated and historic rivalries in sports.

Kevin Millar, who was on the Red Sox in 2004 when the team came back from a 3-0 deficit against the Yankees in the ALCS en route to winning the franchise's first World Series in 86 years, knows the challenges of these cities well.

"When you struggle in those cities, it can get angry," Millar continued. "You have more media, more newspapers, more TV shows -- so there's more light on it."

See Millar through his career:

Both teams have high hopes after coming off of playoff runs in 2017 -- though both were also ultimately eliminated by the Houston Astros, who went on to win the World Series.

Stanton is being added to a Yankees roster that led the MLB in home runs last season, while Martinez joins a Red Sox team in need of a power hitter.

"I don't know how many more home runs they can hit," Millar said of the Yankees. "Stanton's a nice addition but it's not like he needs to carry the club. I think J.D. has to hit home runs."

"I would say J.D. will have more success in his first year [in a new city] than Stanton, just because of that Green Monster looking out of his left eyeball."

The Red Sox and Yankees are both projected to make playoff runs this year, but in a stacked American League, it may be tough to reach the World Series. Judging from the past two seasons, the defending champion Astros and Cleveland Indians would be likely matchups for the AL East representatives this postseason.

"I would say the [Washington] Nationals are going to be tough," Millar said of his World Series prediction, "and the Astros, Red Sox, Yankees and Indians will all be in the World Series."

Now, that would be a Fall Classic for the history books.