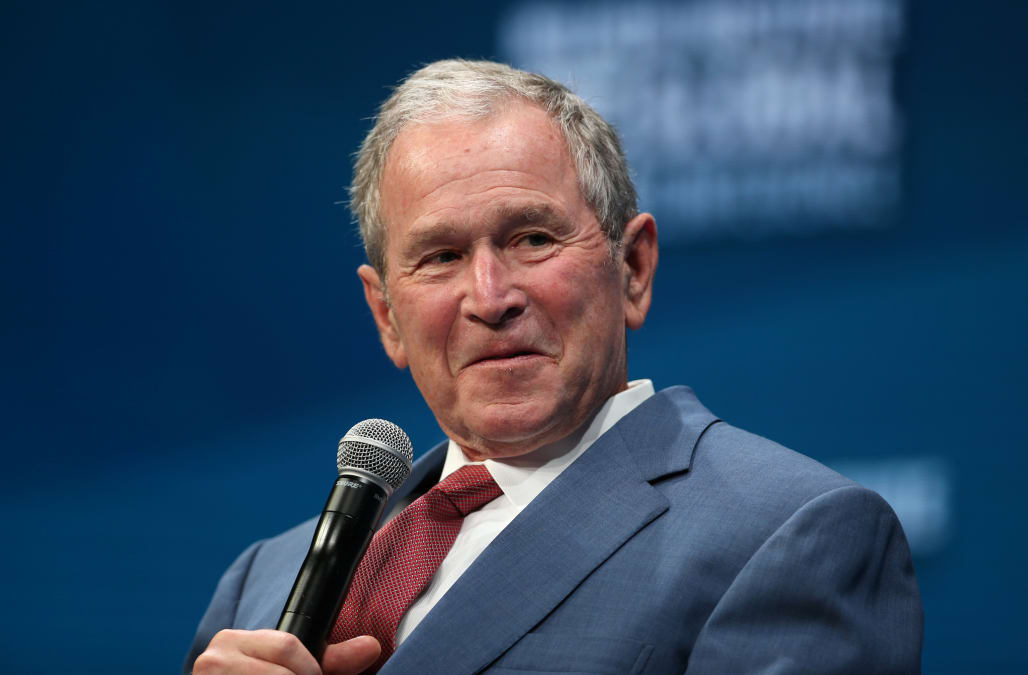 George W. Bush has issued an executive order to get down.

The former president added tearing up the dance floor to his list of post-presidentialachievements when he showed off his moves at his nephew Pierce Bush's wedding over the weekend.

Bush, 71, was captured on video boogieing with bride Sarahbeth Melton as the band played Dead or Alive's 1984 hit "You Spin Me Round (Like a Record)."

The Bush family, including TODAY's Jenna Bush Hager, had a ball at the nuptials at the Garden of Gods park in Colorado Springs, Colorado. Pierce's father is Neil Bush, George W. Bush's brother and the fourth of former president George H.W. Bush's six children.

George W. Bush has been known to show off some dance moves over the years, including a quick tapdance for reporters while waiting to meet with John McCain at the White House in 2008.

In addition to taking over dance floors, Bush has also spent his time out of office painting and writing a book to honor military veterans.