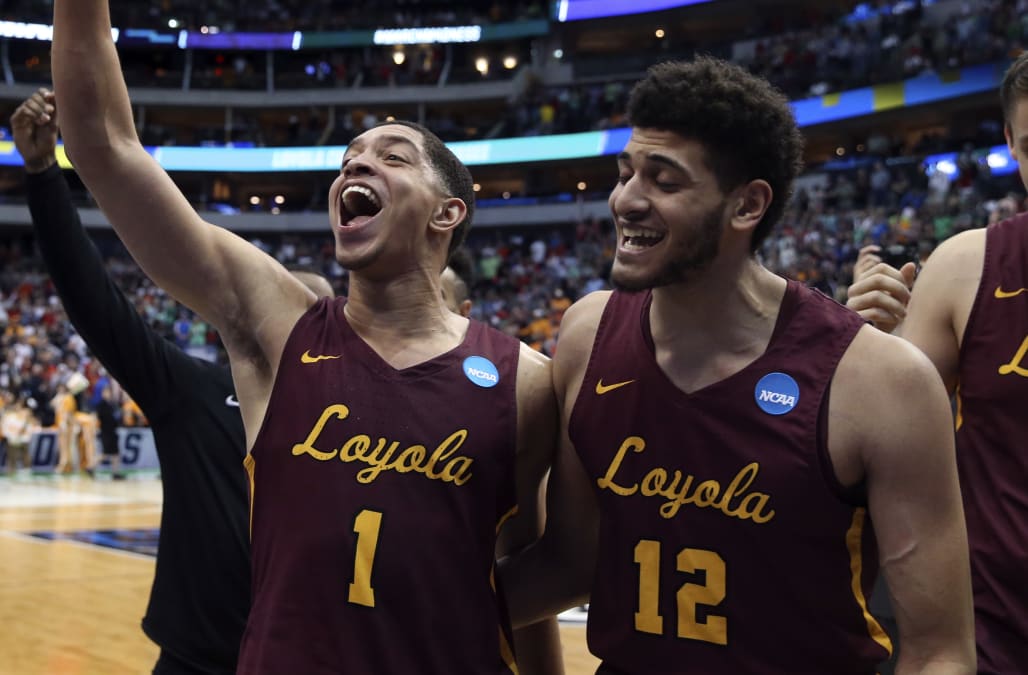 The time has finally come. After a March Madness more stressful than most, the NCAA Tournament pool has been whittled down to the Final Four.

And, as everyone totally expected, No. 11 seed Loyola Chicago is among the remaining teams.

No. 1 seeds Villanova and Kansas will square off for a shot at the title this weekend, while No. 3 Michigan gets a chance to see what the deal really is with this surprising Loyola Chicago roster.

Will a top seed take home this year's trophy, or will Loyola's improbable run continue? Click through below to see each team's odds of winning the NCAA championship, via Vegas Insider.

More from Aol.com:
McDaniels explains why he bailed on Colts to stick with Patriots
Agent: LiAngelo Ball declares for 2018 NBA draft
Patriots owner Bob Kraft explains why he 'didn't hesitate' to lend his plane for March For Our Lives rally
WR Nelson says Packers had 'unwillingness to try to make it work'
Isaiah Thomas leaves Lakers to get bothersome hip re-evaluated