'I ain't getting this one, boys': ESPN announcers crack up as Mookie Betts chases down ball while being interviewed in the middle of a game 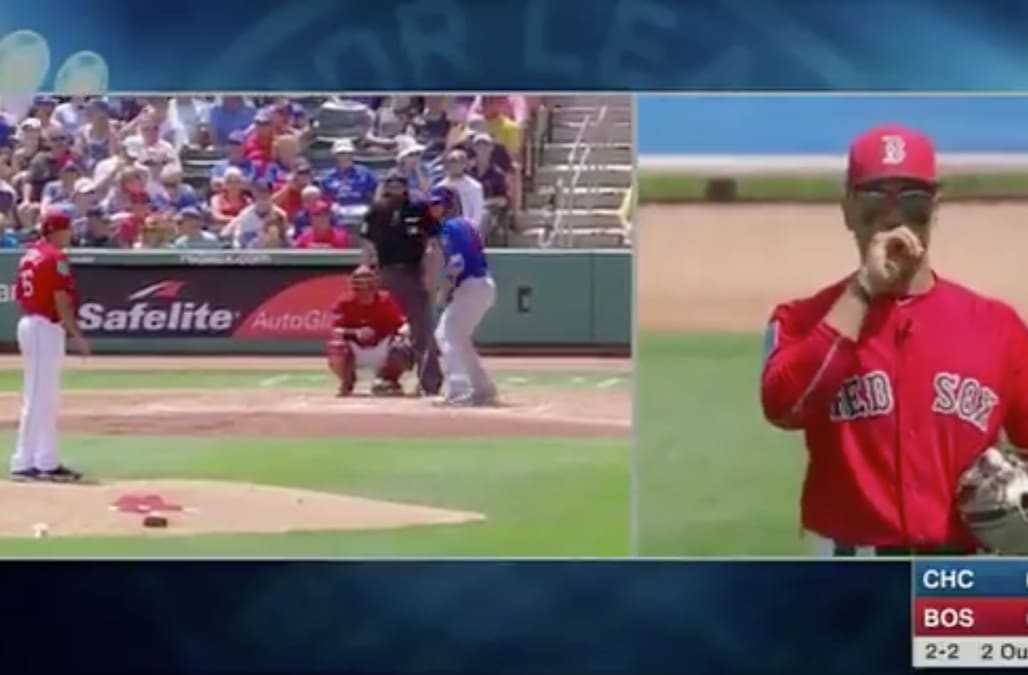 Mookie Betts had himself an interesting day of spring training on Monday.

During Boston's final tune-up before Opening Day on Thursday, Betts was being interviewed by the ESPN booth while he was in right field in the top of the third. With two outs already away in the inning, it looked for a moment that Betts would get through his mid-game interview uninterrupted.

But just as it looked like the Red Sox were out of a jam, Kris Bryant hit a ball to right field and over Betts' head. As Betts ran into position, he quipped "I ain't getting this one, boys," leaving the ESPN booth in laughter. "Don't miss your cut off man," they replied.

You can watch a video of the moment below.

Double hit over Mookie Betts' head while he is being interviewed by ESPN -- "I ain't getting this one, boys" -- ESPN booth cracks up. pic.twitter.com/SXLhuaUfP9

The hit would go down as a double for Bryant, but the Red Sox would recover to get out of the inning unscathed. Still, the moment serves to make clear why mid-game interviews aren't more common in professional sports.

The Boston Red Sox will kick off their 2018 campaign on Thursday in Florida against the Tampa Bay Rays.

Take a look around each MLB stadium:

NOW WATCH: Richard Sherman says he got interested in crypto after he missed out on making millions