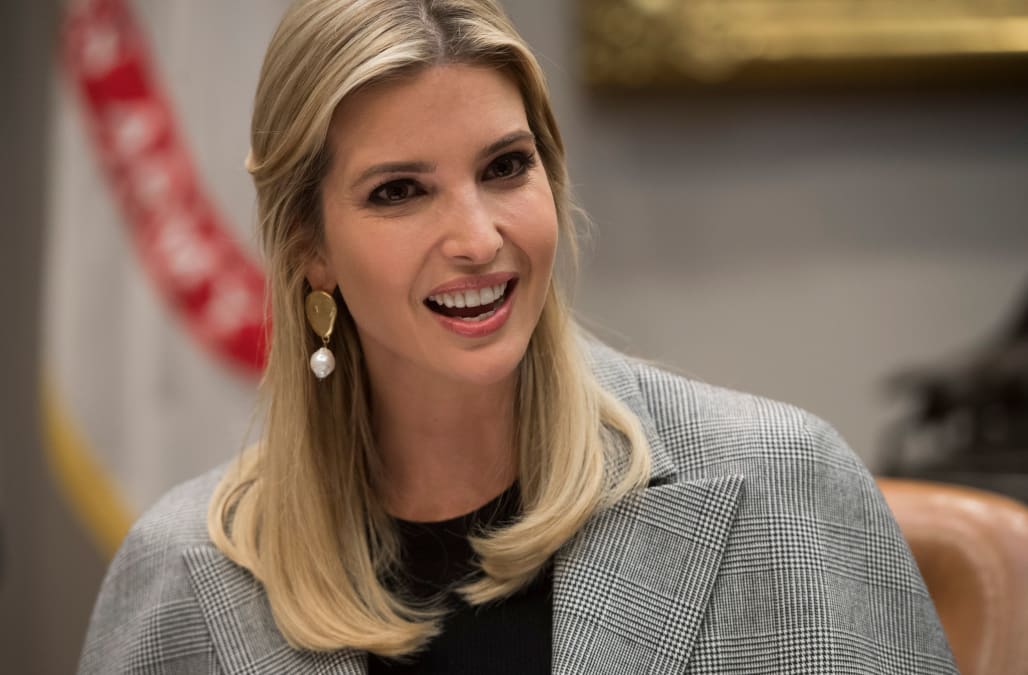 Donald Trump once said adult-film star Stormy Daniels reminded him of his daughter, Daniels alleged in an interview with CBS' "60 Minutes" on Sunday night.

Daniels, whose real name is Stephanie Clifford, claims she had an affair with Donald Trump in 2006. According to Daniels, the two were introduced at a golf tournament in 2006 and then met in his hotel room.

Daniels told "60 Minutes" that Trump began talking about a magazine he was on the cover of when she said, "Someone should take that magazine and spank you with it." Daniels alleges that Trump then turned around, "pulled his pants down a little," and that she "gave him a couple of swats."

It was then that Daniels says Trump brought up his daughter, Ivanka.

"He was like, 'Wow, you — you are special. You remind me of my daughter.' You know — he was like, 'You're smart and beautiful, and a woman to be reckoned with, and I like you. I like you,'" Daniels told Anderson Cooper on "60 Minutes."

30 PHOTOS
Donald Trump and his daughter, Ivanka, together through the years
See Gallery

This appears to be the first time Daniels has publicly confirmed the interaction. In a 2011 interview Daniels mentioned Trump's obsession with a magazine cover he was featured on, and an adviser who worked with Daniels in 2009 told The Washington Post in January that one time Trump "had her spank him with a 'Forbes' magazine."

But this isn't the first time that Trump has reportedly compared women he has had intimate relationships with to his daughter.

Last week, former Playboy model Karen McDougal made a similar claim in an interview on CNN, when asked if Trump ever compared her to any of his kids.

"He's very proud of Ivanka, as he should be. I mean, she's a brilliant woman. She's beautiful," McDougal said. "He said I was beautiful like her and, you know, you're a smart girl. And there wasn't a lot of comparing, but there was some, yes. I heard a lot about her. Yes."

DON'T MISS: Stormy Daniels: Here's what Trump said when I asked about Melania and newborn, Barron, just before the affair

NOW WATCH: Richard Sherman rails against the NFL's pre-draft process and explains why some of the combine is 'outdated'