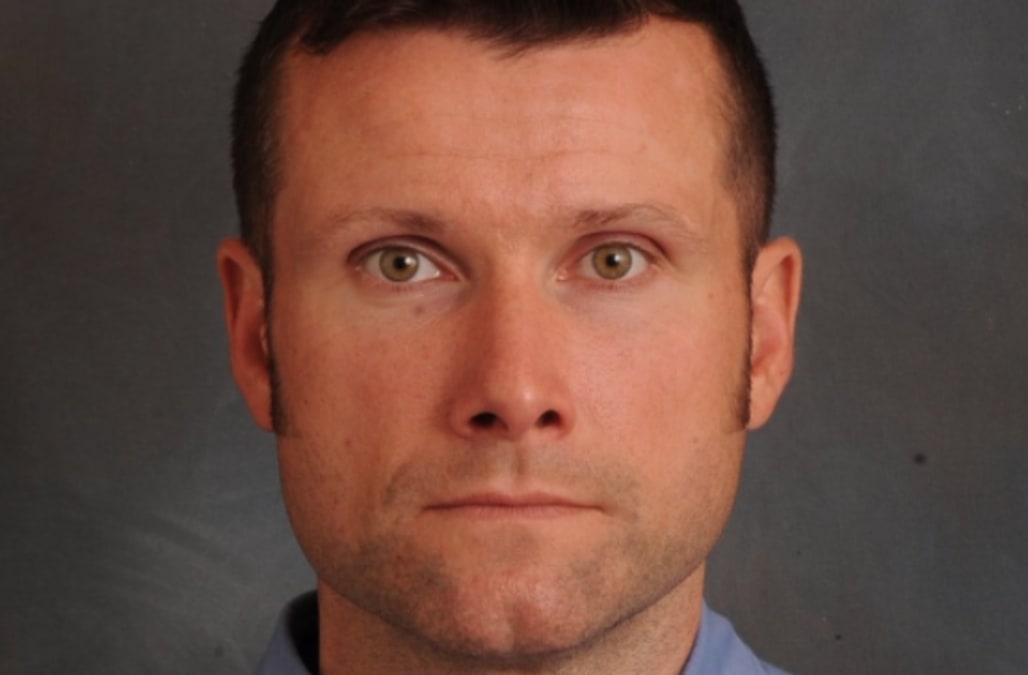 Hundreds of mourners gathered Sunday to mourn the passing of a New York City firefighter who died last week while battling a massive Manhattan blaze.

A husband and father of four, Michael Davidson was killed Thursday when he became separated from his team in the basement of a Harlem building that had become engulfed by a five alarm fire.

So many mourners arrived to pay their respects, that the Floral Park, Long Island wake continued past the original 9 p.m. end time as the line remained wrapped around the block, CBS New York reported.

Each member of Davidson's family was greeted by salutes from his fellow firefighters.

Lt. Michael Davidson made the Supreme Sacrifice on March 23, 2018, after suffering critical injuries sustained while fighting a 5-alarm fire in Harlem.

He was a 15-year veteran of the Department and, on four different occasions, he was cited for bravery and life-saving actions.

He is the son of retired Firefighter Robert Davidson, who served the Department for 26 years (primarily in the same firehouse as his son); and the brother of Firefighter Eric Davidson, an 11-year veteran, of Engine Company 88 in the Bronx.

Firefighters attending the wake for firefighter Michael Davidson walk past a large American flag in Floral Park, Ne… https://t.co/w0NiVnxpUp
Up Next

Rob Allen, the captain of Davidson's Harlem-based engine company, said people in the neighborhood have approached him to express their condolences for the man who could often be seen playing with children at neighborhood block parties.

Engine Company 69 hung black and purple bunting in honor of Davidson on the firehouse.

In addition to loved ones, Cardinal Timothy Dolan, Archbishop of New York,

"I brought a palm for Michael, for the casket because its Palm Sunday," Dolan said. "This week of all weeks when we think about the death and the cross and the one who said greater love than this no one has than to give his life for another. Jesus said that and now we got Michael is a living radiant example of that."

The New York Police and Fire Widows’ and Children’s Benefit Fund has promised to provide financial support for Davidson’s family, including his wife, Eileen. Donations can be made here.

Meanwhile, the cause of the blaze, which broke out in a set for upcoming film Edward Norton film Motherless Brooklyn, remains under investigation.

The fire broke out at about 11 p.m. Thursday in the basement of the building.

It was empty when the blaze started, cops say.