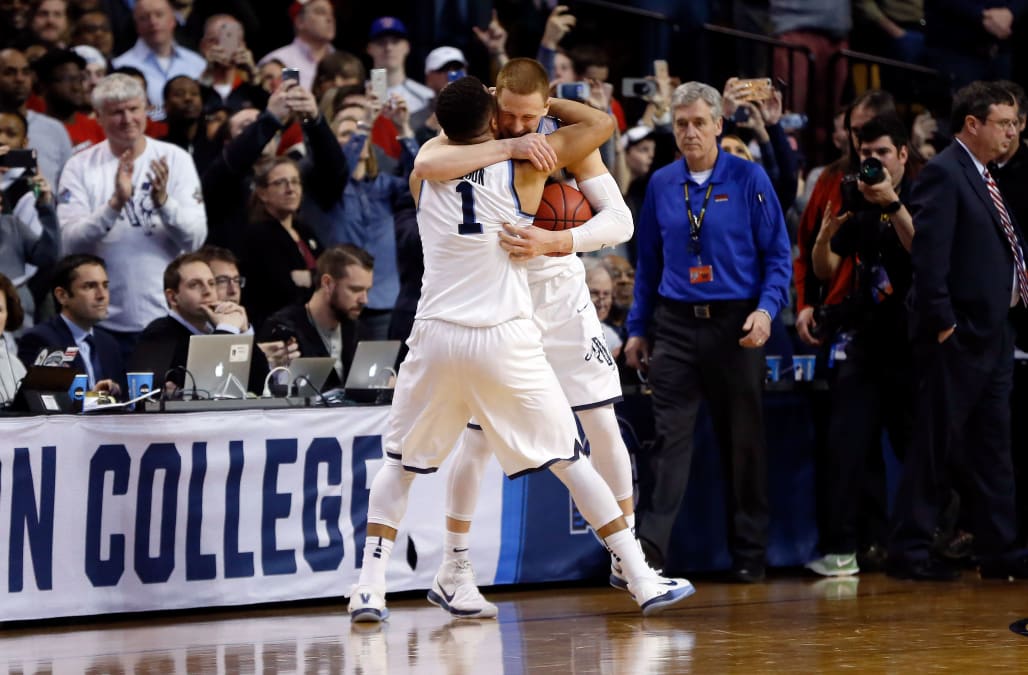 This time, there was no second-half run. No offensive explosion that confirmed Villanova as the team to beat in the NCAA tournament. This time, there were 40 minutes that made exactly the same point. They just expressed that point differently.

They were 40 minutes of methodical, unspectacular superiority, and they sent the top-seeded Wildcats to the Final Four with a 71-59 victory over Texas Tech.

Two days after Villanova weathered a West Virginia storm with 1.64 points per possession over the final 11 minutes, it opened up its full repertoire to show just how thorough its excellence is. It battered Texas Tech on the boards. It clamped down on Keenan Evans and his running mates, and held Tech to 34 percent shooting from the field.

It effectively beat the Red Raiders at their own game. The East region’s No. 3 seed completed its best season in over two decades on the back of a top-five defense, one that locked opponents down in half-court sets. And to some extent, it did that against Villanova on Sunday. It held the Wildcats to a similarly lows shooting percentage and 4-of-24 from 3, well below their season averages.

See the best sports photos of the week:

But Nova’s own defense, which has improved significantly over the past month, was similarly excellent. It contested almost every Texas Tech shot at the rim. At one point in the second half, Nova had missed 10 of its past 11 shots from the field, but still led by double digits because its struggles to put the ball through the basket were emulated by Tech at the other end.

The Red Raiders, after trailing by at least 10 for the first nine minutes of the second half, pulled to within five points at the six-minute mark on a Brandone Francis 3. But Nova responded with a steal and a fast-break layup. Later, Eric Paschall grabbed one of Villanova’s 20 offensive rebounds and re-stretched the lead from the free throw line.

Tech never got to within one possession. Just as Villanova had in the first half against Alabama in the round of 32, defense ensured shooting woes wouldn’t be costly.

Villanova isn’t perfect. It has been plagued by those shooting woes sporadically throughout the season. And on some occasions, they have led to worrisome losses. In fact, a 19-for-57 afternoon very well could have led to a season-ending loss on another day.

That Villanova is moving on to the Final Four despite 20 missed 3s is a testament to the well-roundedness of the Big East champs. Few teams in college basketball have ever combined this type of toughness and discipline with this level of offensive efficiency. The Wildcats can win games with scoring. On Sunday they showed they can win games with defense and rebounding as well.

And they showed once again why they aren’t just headed to San Antonio to player either Duke or Kansas; they’re the favorite to win two games once they arrive.