Rick Santorum: Kids should learn CPR instead of rallying for gun laws 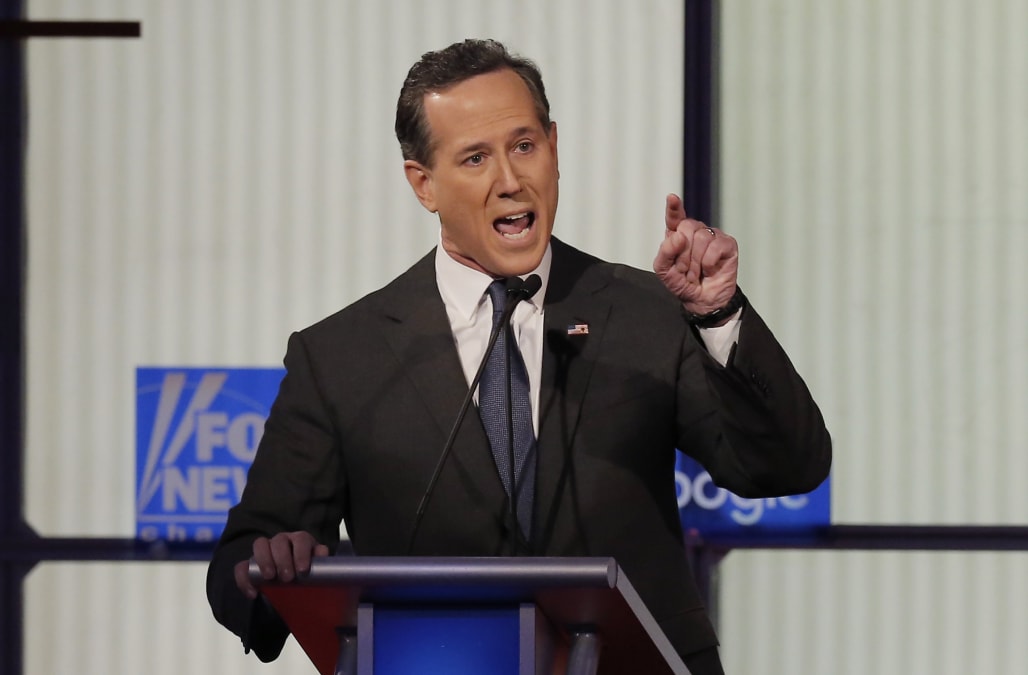 Former U.S. senator and presidential candidate Rick Santorum suggested on Sunday that students concerned about gun violence in their schools should learn how to revive wounded people instead of asking lawmakers “to solve their problems.”

Santorum, a Pennsylvania Republican, made the remarks on CNN’s “State of the Union, one day after an estimated 200,000 people participated in the student-led March For Our Lives in Washington demanding stricter gun control laws.

“How about kids, instead of looking to someone else to solve their problem, do something about maybe taking CPR classes or trying to deal with situations where there is a violent shooter,” he said.

Host Brianna Keilar pointed out that the students did take action by organizing the march. It followed a gunman killing 17 people at a high school in Parkland, Florida, in February.

“They took action to ask someone to pass a law. They didn’t take action to say how do I, as an individual, deal with this problem? How am I going to do something about stopping bullying within my own community? What am I going to do to actually help respond to a shooter?” he said.

“I’ve got a kid who’s going to be in high school next year and I want him focused on algebra and other stuff. If his main way to survive high school is learning CPR so when his friends get shot, that to me, we’ve gone too far,” he said.

Erica Lafferty, whose mother, Dawn Lafferty Hochsprung, was fatally shot in 2012 at Sandy Hook Elementary School in Connecticut while serving as principal and protecting her students, was also quick to condemn Santorum’s suggestion.

Rick Santorum’s words are an insult to the kids of Parkland, my family and to the countless others who have had loved ones taken by gun violence."Erica Lafferty, whose mother was killed in the 2012 shooting at Sandy Hook Elementary School

“Rick Santorum’s words are an insult to the kids of Parkland, my family and to the countless others who have had loved ones taken by gun violence,” she said in a statement released by gun violence prevention organization, Everytown for Gun Safety.

“My mother was killed while protecting her students at Sandy Hook School. For anyone to suggest that the solution to gun violence is for kids to learn CPR is outrageous, and indicative of the NRA’s desire to do or say anything except strengthen America’s weak gun laws,” she said.

Santorum, who has touted himself and his wife as lifetime members of the National Rifle Association, in February also suggested that absent fathers and broken homes should be blamed for gun violence

More from HuffPost US:
Sen. Warner: 'I think Mr. Zuckerberg needs to come and testify before Congress'
Mnuchin touts Trump's call for unconstitutional line-item veto
Sen. Marco Rubio tells students he does not agree with the March For Our Lives