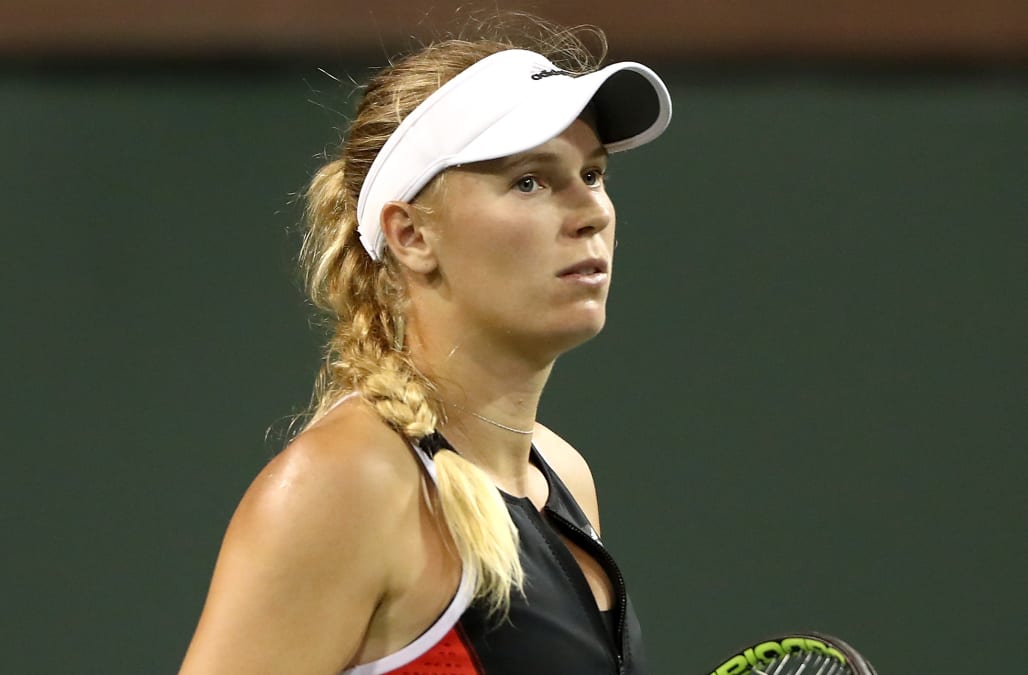 Caroline Wozniacki says members of her family were threatened in the crowd at the Miami Open on Friday night.

Wozniacki, from Denmark, detailed the encounters in a tweet, saying unruly crowd members "wished death" upon her mother and father and told her fiancee's nephew and niece, both 10 years old, to "shut the (expletive) up."

"Last night I lost a tough match to a great opponent and friend Monica Puig at the Miami Open. I am fully aware that tennis is a game of wins and losses. However, during the match last night, people in the crowd threatened my family, wished death upon my mom and dad, called me names that I can't repeat here and told my fiance's niece and nephew (who are only 10 years old) to sit down and shut the (expletive) up, meanwhile security and staff did nothing to prevent this and even accepted this to take place. While I always encourage fans to cheer for their favorite player, and I thrive on a challenging atmosphere, when certain lines are crossed, it makes tennis miserable for both competitors," her message began.

"I hope the Miami Open chooses to take this seriously because it's a horrible example to set for the next generation of tennis players and fans. I wish Monica all the best for the rest of the tournament."

"Disgusting atmosphere, hope something can be done to prevent this from happening again!," Lee wrote.

More from Aol.com:
The best photos from the week in sports: March 16 - March 23
Elite No. 8: The lowest seed to ever win the NCAA Championship
March Madness odds: Vegas predicts which Sweet 16 team will win the title