Shooting survivor to politicians: We want change or we'll vote you out 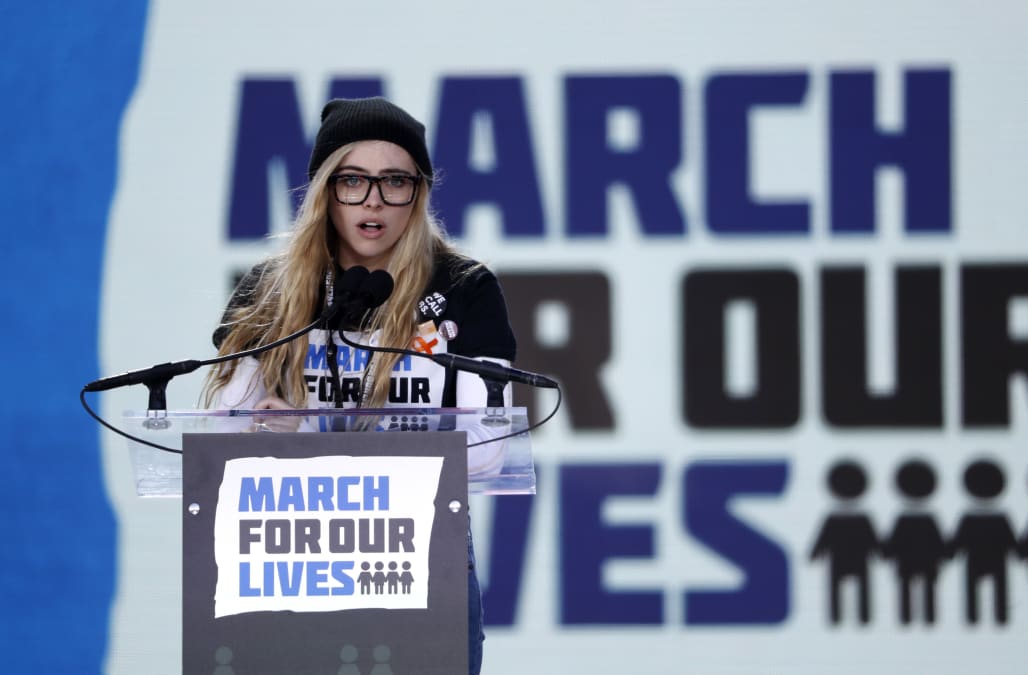 Delaney Tarr, a 17-year-old survivor of the Parkland, Florida, massacre, stood before thousands of students, teachers and activists at Saturday’s March for Our Lives in Washington, D.C., to vow, “We are not here for bread crumbs. We are here for real change.”

The Marjory Stoneman Douglas High School senior told ABC News before her speech that the Feb. 14 shooting, which killed 17 people, “has completely upended my priorities and my perception of everything.”

Today, we grab our signs, we lace our shoes, and we get ready to roar. See ya there. #MarchForOurLives

The teenager delivered an incredibly poised speech, which we’ve transcribed in full below:

My name is Delaney Tarr, and I’m here today because I’m a Marjory Stoneman Douglas student. However, I’m not here today for the media. I’m not here for the crowds, as great as you all are, for the fame, for the fun. I’m here on this stage today and I’ve been working everyday for my 17 fellow Eagles who were pronounced dead because of gunfire.

I am here for every person that has died at the hands of gun violence and for the many more whose lives were irreparably changed because of it. I think, I hope that that is why we are all here. Because this is more than just a march. This is more than just one day, one event, then moving on. This is not a mere publicity stunt, a single day in the span of history. This is a movement.

This is a movement reliant on the persistence and passion of its people. We cannot move on. If we move on, the NRA and those against us will win. They want us to forget. They want our voices to be silenced. And they want to retreat into the shadows where they can remain unnoticed. They want to be back on top, unquestioned in their corruption, but we cannot and we will not let that happen.

There are so very many things, so many steps to take. Like right now, sign our petition. It takes two seconds and it matters. We will take the big and we will take the small, but we will keep fighting. When they give us that inch, that bump stock ban, we will take a mile.

We are not here for bread crumbs. We are here for real change.

We are here to lead.

If they continue to ignore us, to only pretend to listen, then we will take action where it counts. We will take action every day, in every way, until they simply cannot ignore us anymore. Today we march, we fight, we roar. We prepare our signs, we raise them high. We know what we want, we know how to get it, and we are not waiting any longer.