Joe Biden: I shouldn’t have said I would ‘beat the hell out’ of Trump 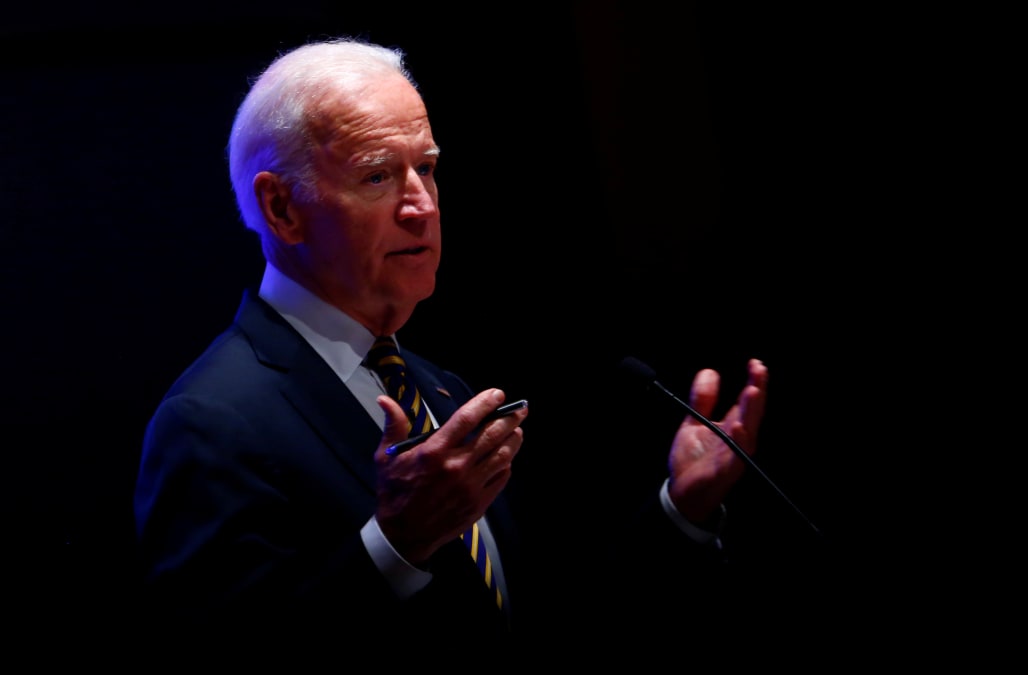 Did Michelle Obama have a talk with Uncle Joe to remind him not to go low?

Maybe so because after Joe Biden admitted that he would have beat the daylights out of President Donald Trump back in his heyday, the former Vice President is walking back those belligerent comments, reports the Washington Examiner.

“I shouldn’t have said what I said, I shouldn’t have brought it up again, because I don’t want to get down in the mosh pit with this guy,” Biden told “Pod Save America” in an interview teased Friday.

Biden stirred up controversy when he said he would have taken Trump “behind the gym and beat the hell out of him” in his high school days for talking bad and disrespectful about women. Those fiery comments got Trump’s Twitter fingers firing and he responded to Biden on social media with insults saying that Biden “would go down fast and hard, crying all the way” if they were engaged in fisticuffs.

Biden said he made the comment first in 2016 after Trump’s infamous tape of grabbing female private parts was released but he didn’t mean he would actually get in a fight now.

“Now, the idea that I would actually physically get in a contest with the president of the United States or anybody else now is not what I said and is not what this was about,” he added.

Joe Biden talks about his "fight" with Donald Trump pic.twitter.com/8vnG38QciD

Joe Biden’s not the one with hate in his heart. In fact, Uncle Joe’s got nothing but love for the people.

A candid photo of former Vice President Joe Biden talking to a homeless man has made its rounds on social media and now the pic has gone viral, according to Mother Jones.

In the photo, Biden can be seen talking to a homeless man sitting on a stair-step outside of a Washington D.C. movie theater. Biden took his granddaughters out to the AMC movie theater in Georgetown last week (in our hearts and minds, he took the grandbabies to see Black Panther) when upon leaving the theater, he stopped to speak to this gentleman.

READ MORE: For Democrats, the future of the party is in Stacey Abrams and her run for governor of Georgia

He has something in his hands, but it’s unclear whether Biden was giving money to the man or not. Public affairs consultant, Paul Equale posted the viral pic and said: “Character is about what you do when no one is watching.”

According to reports, there is speculation that Biden is positioning himself to campaign for the 2020 Presidential seat. He’s been out and about lately, most recently supporting the campaign of Conor Lamb, the Democratic candidate for a Pennsylvania House special election, according to Mother Jones.

Biden, 75, who launched a political action committee last year, told Vanity Fair that he’s not ruled anything out for 2020.

READ MORE: Kamala Harris on DACA: ‘There is clear bipartisan support to protect Dreamers, but White House stands in the way’

“I haven’t decided to run,” he told the magazine. “But I’ve decided I’m not going to decide not to run. We’ll see what happens.”

Biden is a two-time presidential candidate and would be 78 on Inauguration Day if elected in 2020. Advisors have allegedly broached the idea of having the former VP publicly announce that he will only serve for one term if he decides to run. It will also allow his running mate to take over in 2024.

The post Joe Biden: I shouldn’t have said I would ‘beat the hell out’ of Trump appeared first on theGrio.