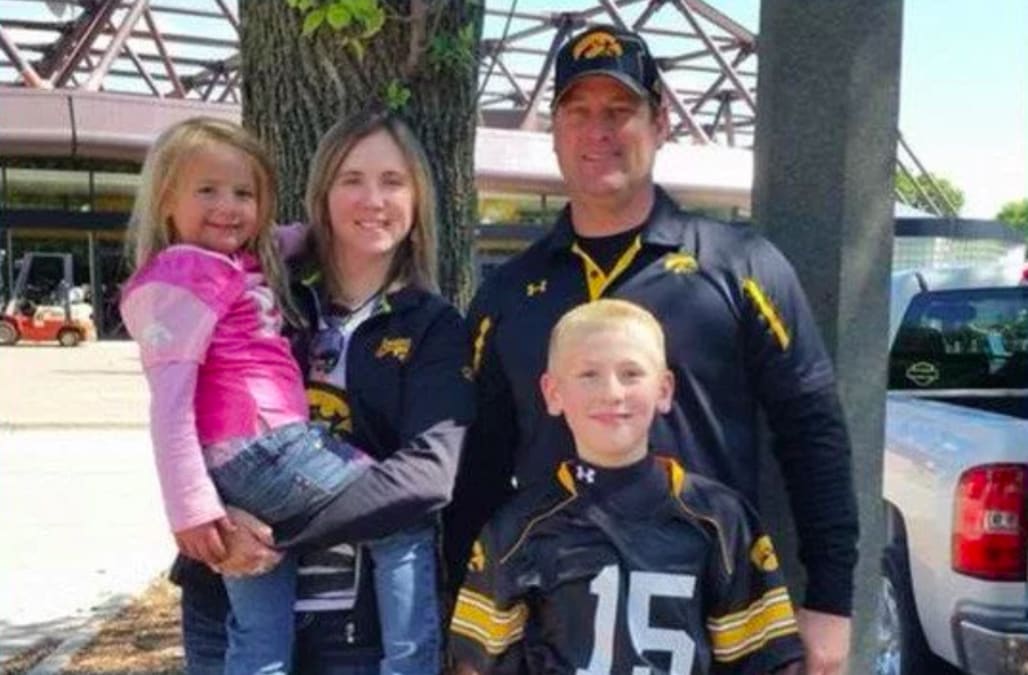 An Iowa family of four who was reported missing in Mexico was found dead in a condominium at a tourist complex in Tulum on Friday, according to the Des Moines Register.

A relative of the Sharp family, of Creston, Iowa, took to Facebook on Friday to share a tragic update on the missing group, including parents Kevin and Amy Sharp, 41 and 38 respectively, and their two children, Sterling, 12, and Adrianna, 7.

"The Sharps have been located. They were found last night in their condo deceased," wrote Ashli Peterson. "There was no foul play! At this time that is all the information we have."

"Please respect the family at this time as they go through the grieving process," she added. "Thank you for all the posts, shares, and kind words."

Peterson took to Facebook on Thursday night to ask for the public's help in locating her missing relatives.

She wrote at the time that the Sharps left the United States on March 15 heading for Tulum, Mexico, a popular tourist location.

The family was supposed to board a plane home in Cancun, Mexico, at 2:45 p.m. on March 21 and arrive in St. Louis, Missouri, at 6:00 p.m. on the same day in order to make it to a basketball game in Danville, Illinois, on March 22.

Peterson said she began to worry when the Sharps failed to show up at Southwest Community College for the game without updating anyone in the U.S. on their whereabouts.

"There has still not been any contact from them," she wrote on Facebook. "They have not been in contact with family or friends since LAST Thursday night after reporting that they made it to their condo safely."

After performing a welfare check at the condominium where the Sharp family was believed to be staying, authorities say they found the remains of all four missing family members.

Autopsies are currently being performed in Mexico, results pending. Creston Police Chief Paul Ver Meer said on Friday that there were no visible signs of trauma on any of the family members bodies.

The Sharps’ relatives are requesting privacy at this time, according to a press release.

More from Aol.com:
Iowa family of 4 reported missing on Mexico vacation
March for Our Lives: Everything you need to know about the gun control protest
Mom claims son was cruelly paddled by dean after participating in high school walkout