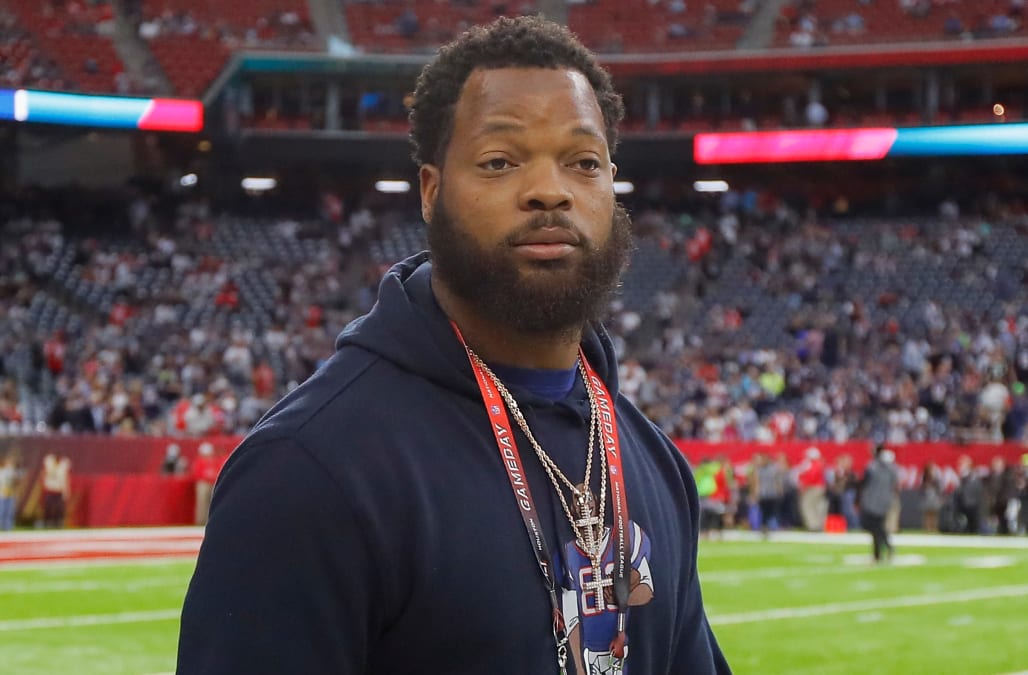 A warrant is out for the arrest of Philadelphia Eagles defensive lineman Michael Bennett.

Bennett was at the game cheering on his brother Martellus, who was playing for the Patriots at the time.

16 PHOTOS
Michael and Martellus Bennett through the years
See Gallery

"Immediately following the game, Bennett shoved his way on to the field where players were gathering to celebrate," according to Ogg's office.

"NRG Security personnel, including the 66-year-old disabled victim, told Bennett he had to use a different entrance for field access.

Instead, he pushed through them, including the elderly woman who was part of the security team."