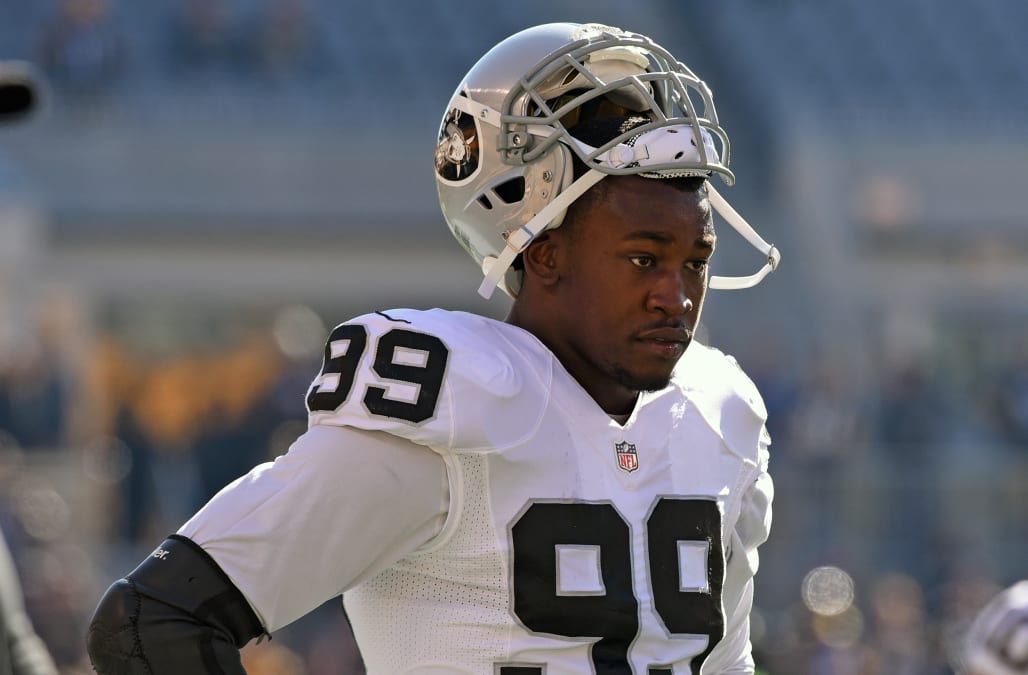 Former Oakland Raiders linebacker Aldon Smith was arrested for the second time this month on Friday morning for violating a no-contact order related to his earlier arrest.

Smith, who turned himself in to San Francisco police on Friday, was being held on suspicion of three counts of misdemeanor violation of a protective order for allegedly contacting his fiancee.

The police issued the following statement:

"The department worked with Mr. Smith's legal counsel to arrange a date for Mr. Smith to surrender himself. This morning Mr. Smith surrendered himself to SVU investigators and will be processed for the warrant and three counts of misdemeanor violation of a protective/stay away order."

Smith was booked on March 6 in San Francisco and was free on $30,000 bail on misdemeanor charges of willful infliction of corporal injury, assault with force likely to produce great bodily injury, false imprisonment and vandalism (less than $400).

Smith pleaded not guilty to all charges at a hearing the following week, which is when a San Francisco Superior Court judge issued the protective order.

According to records on the San Francisco Police Department web site, a warrant for Smith's arrest was issued March 5 in connection with domestic violence allegations from Smith's fiancee. The woman called police Saturday night after an encounter, but Smith fled the scene before authorities arrived.

Smith's fiancee told TMZ that Smith checked into a rehab facility with the help of her parents.

A first-round pick out of Missouri in 2011, Smith had repeated off-field issues with the San Francisco 49ers and was signed by the Oakland Raiders. But he hasn't played since 2015, when the NFL levied a one-year suspension on him with detailed requirements to achieve reinstatement.

Smith, 28, allegedly drank two bottles of tequila, bit his fiancee on her wrists and beat her up, according to 911 dispatcher audio recorded Saturday.

More from Aol.com:
Elite No. 8: The lowest seed to ever win the NCAA Championship
March Madness odds: Vegas predicts which Sweet 16 team will win the title
Ranking the national title probabilities of every March Madness Sweet 16 team