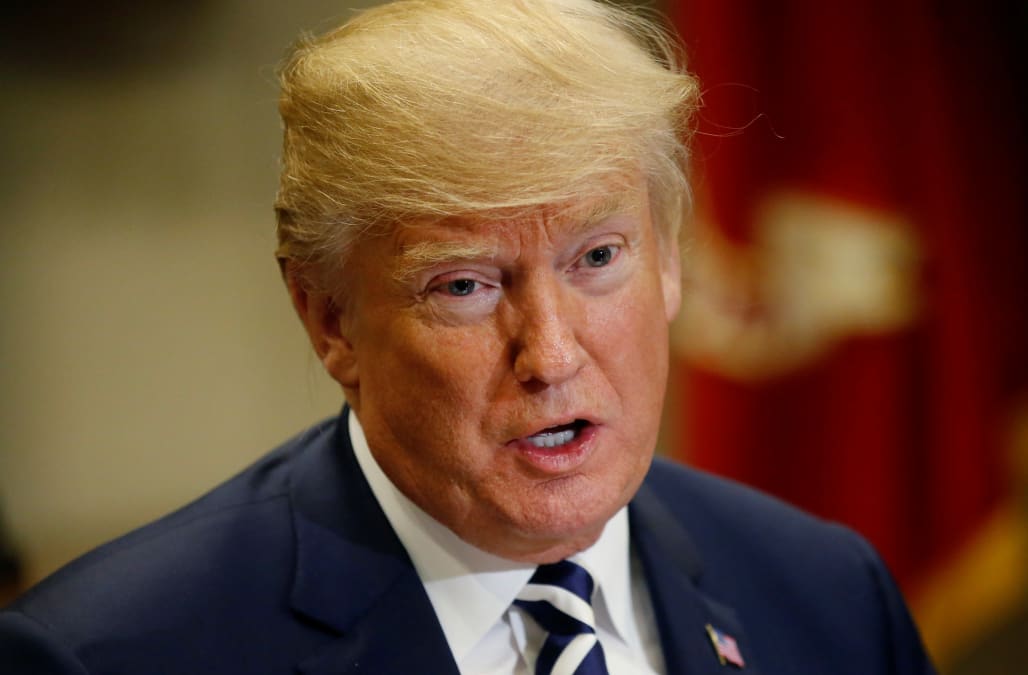 President Donald Trump was issued a summons in a lawsuit filed by the attorneys general for both Maryland and Washington, DC, alleging he is violating the Emoluments Clause of the Constitution.

The summons came as the suit was expanded to include his personal capacity as a businessman, WAMU reported Wednesday.

The Emoluments Clause bars public officials from receiving gifts or cash from foreign governments, and ethics experts and lawmakers have repeatedly raised concerns over the patronage of Trump's properties by foreign government officials. Trump, who passed along his business to his two adult sons and a top Trump Organization executive, maintains ties to the business. He did not fully divest from his business as experts had hoped.

Trump pledged to donate all profits at his hotels from foreign government officials to the Treasury. The Trump Organization recently announced that money was donated last month, though it did not provide receipts of how much money was donated.

The attorneys general argue in the suit that Trump's refusal to cut ties with his businesses led to foreign officials directly paying his company. The lawsuit additionally alleges that Maryland and Washington, DC, have lost out on business opportunities as a result of foreign officials instead choosing to spend money at Trump properties.

A federal judge tossed out a similar lawsuit earlier this year. The judge questioned whether action from Congress would be better to settle the emoluments issue, rather than the judiciary.

Trump's lawyers have three weeks to respond to the summons, WAMU reported.