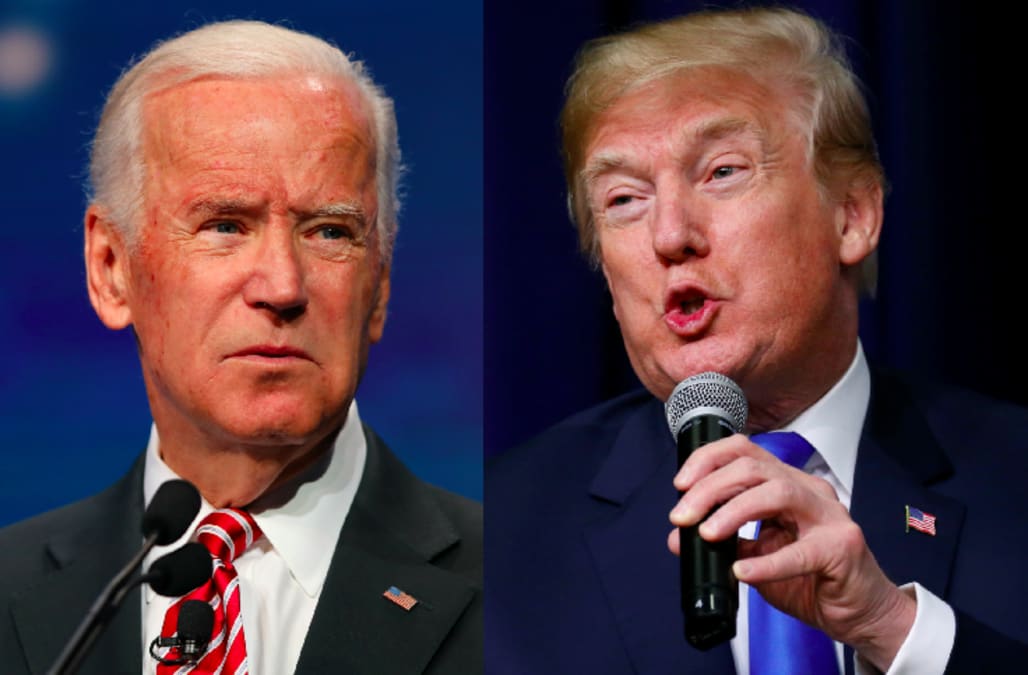 It was only a matter of time before the simmering feud between President Donald Trump and former Vice President Joe Biden got transformed into a savage meme mocking the pair.

Biden lit the fuse Tuesday when he announced at a University of Miami rally that he’d have “beat the hell out of” Trump in high school over his treatment of women. Trump tweeted his explosive reply early Thursday:

Crazy Joe Biden is trying to act like a tough guy. Actually, he is weak, both mentally and physically, and yet he threatens me, for the second time, with physical assault. He doesn’t know me, but he would go down fast and hard, crying all the way. Don’t threaten people Joe!

Biden received widespread criticism for using the threat of violence against Trump as a response to Trump’s derogatory treatment of women. Needless to say, Trump also caught heat for his overly aggressive reply.

Most people on Twitter who addressed the exchange recognized the senselessness of it and took the opportunity to ridicule the two politicians ― with some also exploring the possibility of a fight between the duo:

More from HuffPost US:
San Francisco to become first major US city to ban fur sales
Cambridge Analytica brags that it, not Trump, came up with 'Crooked Hillary'
Elizabeth Warren introduced a bill aimed at dramatically increasing the affordability and reliability of health care coverage