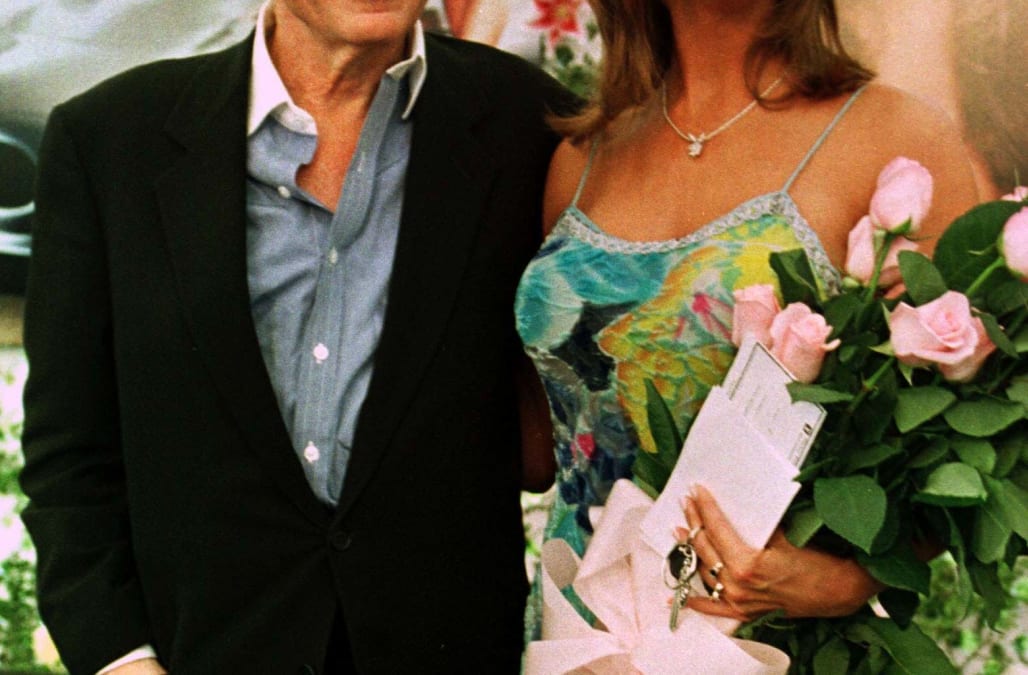 Former Playboy model Karen McDougal has filed a lawsuit for the right to speak publicly about an alleged affair she had with President Donald Trump more than 10 years ago.

McDougal "had a sexual relationship with Donald Trump for 10 months," her attorney, Peter Stris, told NBC News in an interview that aired Wednesday on "TODAY."

"It was a romantic relationship, they were together very often," he added.

McDougal is suing the parent company of the National Enquirer, seeking to void a non-disclosure agreement she says she signed shortly before the 2016 election that bars her from discussing the alleged affair.

McDougal was allegedly paid $150,000 for her silence by American Media Inc., whose CEO, David Pecker, has a friendly relationship with Trump.

In her lawsuit, McDougal alleges that she was misled about the deal by the publishing company when she signed it. The company, McDougal said in a statement, "lied to me, made empty promises, and repeatedly intimidated and manipulated me."

The White House and a lawyer for Trump have denied that he had a relationship with McDougal.

Her suit comes just a month after The New Yorker reported that Trump and his allies concealed his alleged affair with McDougal through secret meetings, payoffs and legal arrangements.

The suit, however, makes the former model the second woman this month to take legal action in order to speak publicly about an alleged past relationship with the president.

Adult film actress Stormy Daniels, whose legal name is Stephanie Clifford, is also locked in a legal battle with Trump and his team over a nondisclosure agreement arranged by his lawyer that she signed shortly before the 2016 election. Clifford has alleged she had a "intimate" relationship with the president more than a decade ago, a claim that the White House and Trump's attorney have denied.

Trump's lawyer, Michael Cohen, says he "facilitated" a $130,000 payment to Clifford with his personal funds, and was not reimbursed by the Trump Organization or the campaign. Earlier this month, Clifford sued Trump, saying the secrecy agreement she signed isn't valid because Trump himself never signed it.

Trump and Cohen has since moved the suit to federal court and want a judge to push the matter into private arbitration.