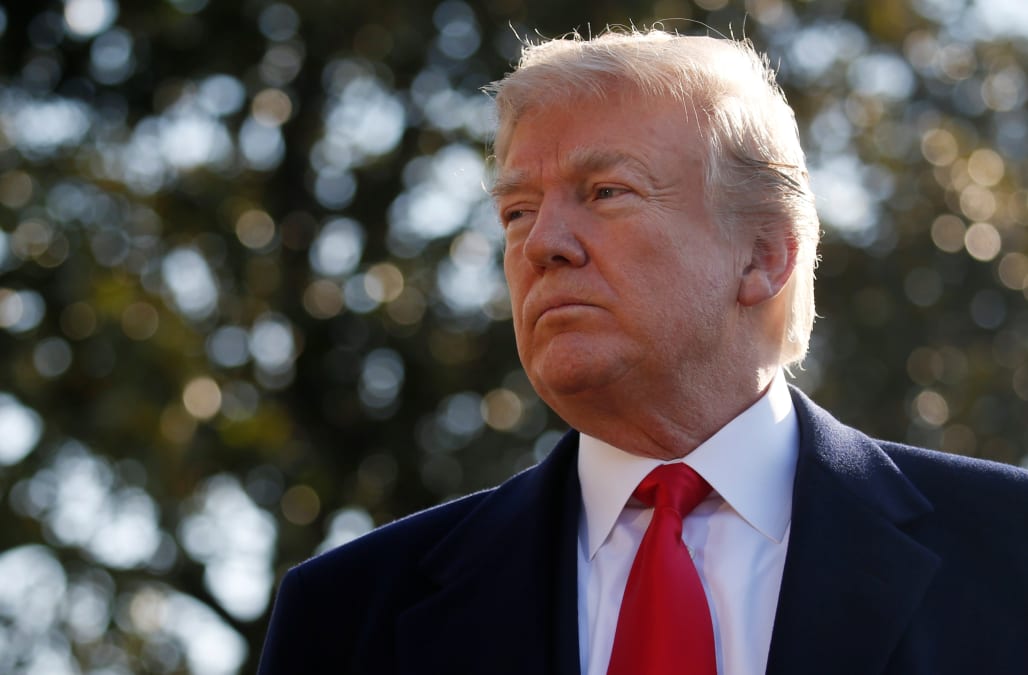 WASHINGTON — The Trump administration's abrupt cancellation of a federal program to prevent teen pregnancy last year was directed by political appointees over the objections of career experts in the Department of Health and Human Services, which administers the program, according to internal notes and emails obtained by NBC News.

The trove shows three appointees with strict pro-abstinence beliefs — including Victoria Huber, the then-chief of staff for the department's Office of the Assistant Secretary for Health — guided the process to end a program many medical professionals credit with helping to bring the nation's teen pregnancy rate to an all-time low.

Prior to serving at HHS, Huber was the president of Ascend, an association that promotes abstinence until marriage as the best way to prevent teen pregnancy.

The $213 million Teen Pregnancy Program was aimed at helping teenagers understand how to avoid unwanted pregnancies. It had bipartisan support in Congress and trained more than 7,000 health professionals and supported 3,000 community-based organizations since its inception in 2010.

In the notes provided to NBC News, Evelyn Kappeler, who for eight years has led the Office of Adolescent Health, which administers the program, repeatedly expressed concerns about terminating the program, but appeared out of the decision-making loop and at one point was driven to tears.

In a July 17, 2017 note, she says she was admonished to "get in line" and told it was not her place to ask questions about the agency's use of funds. In a July 28 note, Kappeler recalled she was "frustrated about the time this process is taking and the fact that (her staff) has not been part of the discussions." She described being "so rattled" that "my reaction when I got on (sic) the phone was to cry."

She and her staff "were not aware of the grant action until the last minute" — an apparent reference to the decision, it says.

Last month, Democracy Forward, a nonprofit law firm and advocacy group, sued the administration for unlawfully terminating the program after the agency took months to respond to its Freedom of Information Act request.

The group claims the newly obtained emails show that HHS violated the Administrative Procedure Act that bars arbitrary decision-making and that the political appointees thwarted the will of Congress.

"Now that we've seen these documents, there is no question to us why the Trump administration withheld" the emails, said Skye Perryman, the group's lawyer. The decision to end the program "was made hastily, without a record of any reasoned decision making and under the influence of political appointees who have long opposed evidenced-based policy," she said.

Parties suing over the action include the city of Baltimore and the Healthy Teen Network, which represents grantees across the country.

HHS has given different explanations about its decision to terminate the program, including claims that it was ineffective or that it did not conform to the president's proposed budget. HHS did not respond to emails or answer questions about who was responsible for ending the program.

HHS spokesman Mark Vafiades directed NBC News to a fact sheet and announcement on the agency's website. They state that 73 percent of the projects funded by the program "had no impact or had a negative impact on teen behavior, with some teens more likely to begin having sex, to engage in unprotected sex or to become pregnant."

"The evidence stands in stark contrast to the promised results," the statement says.

The story behind the program's demise is one of a growing list of examples of the control Trump political appointees are exerting at federal agencies.

It is also part of a broader narrative about programs benefiting women and children becoming political targets under a president who insists he is an advocate for women's rights and health. Under Trump, a mandate under the Affordable Care Act to cover contraceptive coverage has been rolled back, while Republicans in Congress have sought to defund Planned Parenthood and proposed budget cuts to Medicaid, which covers half of all births.

In July 2017, the Office of Adolescent Health notified 81 grantees including the University of New Mexico Health Sciences Center and Cuyahoga County, Ohio, that it would be discontinuing funding under the Obama-era program beginning this June, with some programs cut off immediately.

After the program's 2010 inception, teen pregnancy and birth rates fell faster than ever. Health care experts say considerable research and money that has already been invested in the program will be wasted and the number of at-risk teens will increase.

The president of the American College of Obstetricians & Gynecologists and women's health advocacy groups, such as Planned Parenthood, have expressed alarm.

Haywood L. Brown, president of ACOG, called the program "vital." The administration's decision, Brown said in a statement, is "highly unusual" and a "step backward for ensuring healthy moms and healthy babies."

In an op-ed last year, Ron Haskins, previously a Republican co-chair of a bipartisan commission on evidence-based policy making established by House Speaker Paul Ryan, R-Wis., said that by ending the program, Trump has "exploded one of our most promising evidence-based programs."

In a June 21 note by Kappeler, Steven Valentine, Huber's deputy, is described as having "taken the lead" in reversing the program. Valentine directed Kappeler to halt the review process for the grants, the notes say.

Before coming to HHS, Valentine was a legislative assistant to Rep. Chris Smith, R-N.J., an outspoken abortion rights opponent. Valentine also worked for a short time at the Susan B. Anthony List, a political organization that supports candidates who oppose abortion rights.

Don Wright, a senior career official at HHS, stated in a July 28 email to Kappeler that he himself was only "tangentially" involved in the discussions about the program's termination. But one set of notes documents him instructing skeptical career staff members on the appropriate behavior of civil servants. He later complained to Kappeler about "rolling of the eyes by some staff," her notes say.

Weeks later, Wright was made acting secretary of the department.

Also according Kappeler's notes, some staff "expressed concerns about being able to ask questions in this environment and the lack of engagement by policy staff directly with the program office."

"The documents also show HHS disregarded the views of experienced career employees including those of the director of the Office of Adolescent Health," she said.

Another appointee involved in terminating the teen pregnancy program was Teresa Manning, an anti-abortion activist and Trump appointee who was in charge of the department's family planning programs and who has publicly questioned the efficacy of several popular contraception methods. She was previously a lobbyist for the National Right to Life Committee and for the Family Research Council. In January, Manning abruptly resigned.

Despite their popularity in some conservative regions and school districts, abstinence-only programs have been shown not to work.

In King County, Washington — one of the parties in the suit challenging the program's termination — grantees created a 15-lesson sex education curriculum known as Family Life and Sexual Health (FLASH).

The FLASH program educates students on options including abstinence, the use of birth control and the importance of consent before engaging in sexual activity. It is now used in 44 states and taught in every school district in King County, which has seen a 63 percent drop in teen pregnancies since 2008.

King County was granted $5 million to conduct the first scientific evaluation of the FLASH program, and now it is unable to complete the study. The $3 million already spent is now wasted taxpayer dollars, according to King County spokesman James Apa.