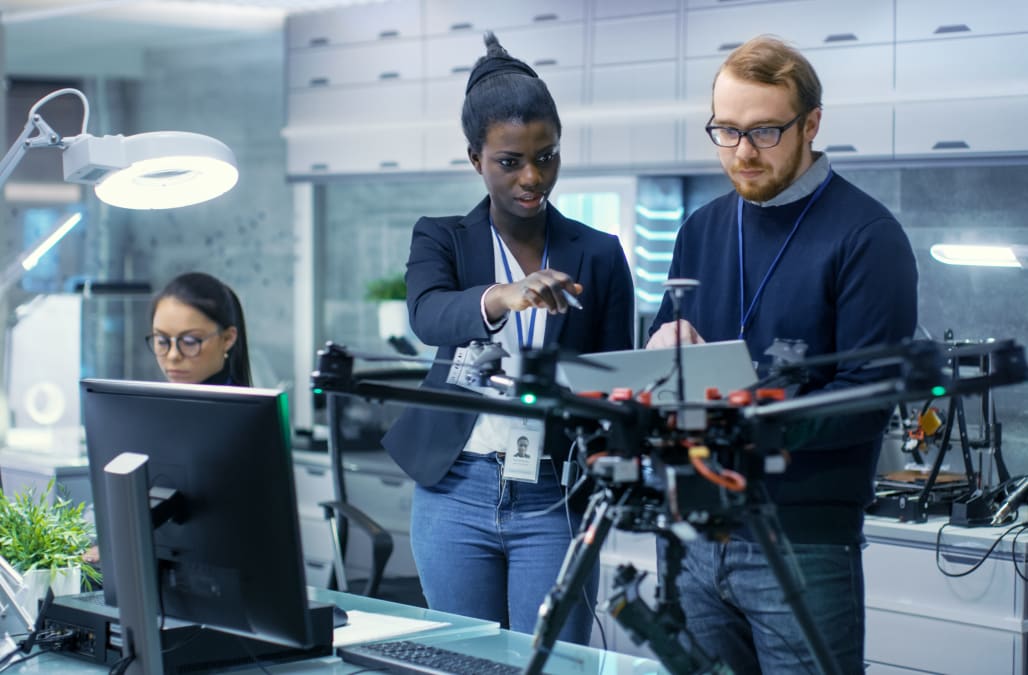 When it came to choosing a graduate program, 36-year- old Babak Keyvani wanted a degree that would lead to a high salary and good career prospects.

"I was thinking of obtaining an MBA after my bachelor's, since I was working as a project manager at some point in my life. But I think I've always been more passionate about computers," says Keyvani, who is pursuing an online master's degree in computer science at the Georgia Institute of Technology.

The Georgia Tech student was offered a senior data analyst position at Charter Communications, a large telecommunications company owned by Time Warner Inc., before finishing his final semester. He says the new job pays nearly triple what he earned in 2007 as a graduate with a bachelor's in architecture.

Salaries among computer-related occupations – especially for those who hold an advanced degree in the field – are rising due to a shortage in technological workers across many economic sectors.

In fact, it's not uncommon for a recent graduate with a master's degree in computer science to earn more than a recent MBA grad. Experts say that's because computer science-related jobs are projected to grow even more in the next few years.

"The demand for technological workers continues to increase while facing a limited supply – both are good news for salary," says Katie Bardaro, an economist and vice president of data analytics at the online salary database PayScale.com. "When looking at early-career pay – five years or less of experience – a master's in computer science beats an MBA in national median earnings."

US News best business schools of 2019

According to the Bureau of Labor Statistics, which tracks a wide spectrum of job categories in its Occupational Outlook Handbook, every computer science-related occupation besides computer programmer is above the national average when it comes to demand.

While many 2017 MBA graduates earn more than $100,000 on average, only slightly more than half of business school graduate students earn a starting salary plus bonus in the six figures, according to data reported by 115 ranked business schools to U.S. News in an annual survey.

"It is important to note that salary for either MBA or MS in CS [computer science] depends on not just your job, but also the school you attended. We see a wide range in pay for both degree types; although a wider range for MBAs," Bardaro says.

Among graduates from Georgia Tech's master's programs, the typical salary ranges from $110,000 to $140,000, Isbell says, but that doesn't include bonuses or stock options.

Large technology companies are recruiting at other universities with computer science programs.

"Google recruits [are] very heavily on campus, and they've actually hired a number of bachelor's/master's graduates," says Borja Sotomayor, a lecturer and academic director of master's in computer science at the University of Chicago. He adds that many graduates from the school who are hired by Google work as software engineers and a few are product managers.

The University of Chicago lecturer also says while the computer science programs at the university have increased in size in recent years, the types of students interested in computer science has also expanded.

With that, more sectors are also incorporating more computer science-related jobs. Companies such as The Home Depot Inc. and Macy's Inc. are hiring these technological workers, Isbell says. "So getting a job is not a problem."

Searching for a grad school? Access our complete rankings of Best Graduate Schools.

More from US News:
The 10 best states in America revealed in 2018 US News ranking
Los Angeles tops list of cities most congested by traffic in new analysis
Indiana man sues for right to flip off state trooper with middle finger